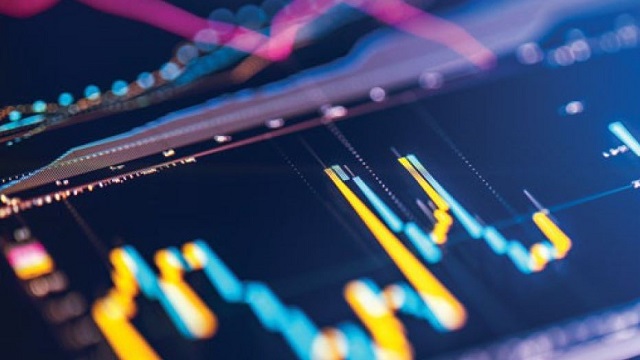 The regional and global macroeconomic and financial landscape has become more complex than it was when our regional financial arrangement (RFA), the Chiang Mai Initiative Multilateralisation (CMIM), was established eight years ago. Since the 1997 Asian Financial Crisis (AFC), the ASEAN+3 region, which includes 10 ASEAN economies, China, Hong Kong, China, Japan, and Korea, has expanded significantly, and is now more integrated, both intra-regionally and globally.

ASEAN+3 economies now account for 27% of world GDP at market exchange rates, higher than the U.S. at 24% and the Eurozone at 16%. In trade, the ASEAN+3 economies now account for almost 30% of global trade, also outpacing the U.S. and the Eurozone. In the financial sector, Asia’s intraregional share of total cross-border debt asset investments increased to almost 17% while its share of the region’s cross-border bank claims rose to 22% in 2015.

However, the expansion in international trade and the increasing complexities in financial networks and other activities have increased the risks of volatile capital flows. This would warrant concerted efforts at the individual country, regional and global levels to mitigate the risks.

Individual economies in the region have continued to build up foreign reserves as the main buffer against potential shocks, and the reserves have increased fivefold since the AFC to around USD5 trillion in 2017. Reserve accumulation, however, is costly and can divert resources away from productive investment. It can also be difficult to accumulate reserves under some circumstances.

In this context, the CMIM, like some RFAs, is a regional arrangement that mobilizes foreign reserves from the member countries to assist those members which are facing temporary or potential financing problems in their balance of payments. RFAs are considered to be a key component of the Global Financial Safety Net (GFSN), whose other components are national foreign reserves, bilateral swap lines (BSAs) between central banks, and the International Monetary Fund (IMF). In principle when a country is in need of financing to support its external position, the various layers of the GFSN should kick in.

At the global level, the IMF has been reviewing its facilities periodically to ensure that they are adequate to meet the financing needs of the members in light of developments in the global economy and financial markets.

At the regional level, there have been continuous efforts by the ASEAN+3 members to strengthen the CMIM and improve its operational procedures, including by preparing and updating operational guidelines and conducting test runs with the IMF.  Due to the immense challenges ahead, it is important for members to look deeper into the regional financial cooperation, and to further upgrade the CMIM in anticipation of any possible adverse scenarios. The strong upswing of the global and regional economies also provides an opportune time to perform a more comprehensive review and reform the toolkits.

In the past few years, the CMIM, with the support of AMRO, and the IMF have strengthened their coordination mechanism through joint test runs, information sharing, and other activities. Now, the region may want to expand its collaboration beyond the IMF to include other layers of the GFSN such as RFAs and BSAs.

It is encouraging to note that the CMIM, with its current size of USD240 billion, is at the center of our regional financial safety net, complemented by a network of BSAs in the region amounting to more than USD160 billion. Moving forward, it is worth discussing how the CMIM can effectively collaborate with the BSAs in order to strengthen the regional financial safety net.

Besides enhancing the regional financial safety net through the pooling of reserves in the form of RFAs and BSAs, and the build-up of foreign reserves by individual economies,  the authorities should also look at the use of local currencies in the invoicing of trade. At present, regional trade seems to be heavily reliant on the use of USD, even though intraregional trade has grown substantially.

Asian foreign exchange market transaction data by BIS shows that the U.S. dollar has continued to be the dominant vehicle currency in the region, accounting for 87.6% of the total turnover in 2016.

We also see a similar situation for trade transactions. For instance, Japanese firms mainly use the U.S. dollar as their invoicing currency for Asian exports, with the share reaching over 50% in 2015 and over 70% in the case of imports.

In Thailand, there are encouraging signs of a shift towards the use of local currency in the invoicing of trade. Although the U.S dollar is still the dominant invoicing currency for  exports and imports by Thai firms, the use of Thai baht is steadily increasing. The Thai baht’s share in exports to other ASEAN countries has increased from 5% in 2000 to 23% in 2017 while its share in imports has increased from 4% to 13%.

Increasing regional currency usage will help reduce the exchange rate risks vis-à-vis the USD. It will also help to reduce the amount of foreign reserves in USD needed as liquidity buffer for trade purposes. Lack of infrastructure, related to trade and settlement in local  currencies, needs to be addressed. This would warrant regional effort and enhanced financial cooperation.

In today’s highly interconnected global economy and financial markets, financial crises are bound to recur every now and then, although it is hard to predict when and where. Thus, strengthening regional financial cooperation is crucial to securing regional financial stability. AMRO has provided support to the regional efforts to enhance the CMIM, and we will continue to do so as part of our core mandate. We are encouraged to see the ASEAN+3 Finance Ministers and Central Bank Governors once again affirmed their commitment toward this common goal in a Joint Statement issued yesterday at their meeting in Manila, the Philippines.