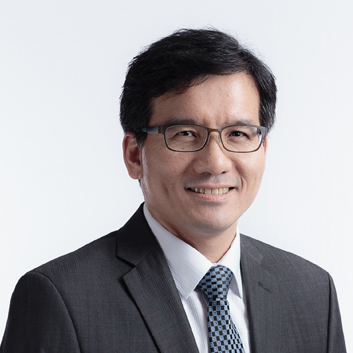 Dr. Lee Jae Young is Group Head and Lead Economist at the ASEAN+3 Macroeconomic Research Office (AMRO), responsible for leading a group of economists to undertake macroeconomic and financial market surveillance on member economies in the ASEAN+3 Region.

Before joining AMRO, Dr. Lee was with Korea’s Finance Ministry for more than 20 years. Since joining the Ministry in 1991, he had held various positions, especially in the fields of international finance, economic policy, fiscal policy, financial policy and international cooperation, which helped him build extensive professional expertise in these areas.

In 2011, he was appointed to be Director of the Foreign Exchange Market Division and was in charge of exchange rate and foreign exchange reserves. Before that, he was the Director of Financial Cooperation Division since 2010, making valuable contributions to strengthening regional financial cooperation among the ASEAN+3 countries. During that time, Dr. Lee played an important role in establishing the AMRO and its early settlement. Dr Lee has also held several important positions at the finance ministry, including Director of Cultural Budget Division (2009-2010), Director of Foreign Exchange Policy Division (2008), Director of Welfare Economic Policy Division (2007-2008), and Director of Financial Hub Cooperation Division (2006-2007). He also served as Assistant Secretary to the President of Korea for Policy Monitoring and Surveillance (2005-2006).