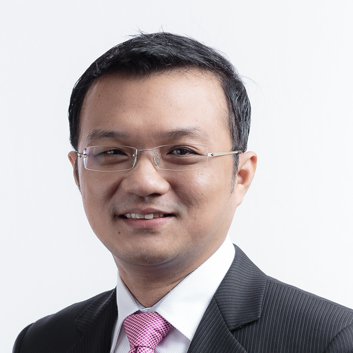 Mr Tan, Deputy Group Head and Senior Economist at the ASEAN+3 Macroeconomic Research Office (AMRO), is responsible for overseeing and anchoring the regional macroeconomic and financial surveillance of members’ economies, including issues related to the Chiang Mai Initiative Multilateralisation. He is amongst one of the pioneer staff of AMRO, having joined the office in 2011 when AMRO was newly established in Singapore.

Prior to joining AMRO, Mr Tan was with the Economics Department of Bank Negara Malaysia (BNM), performing as expert in macroeconomic surveillance and research of the global and domestic economy. Throughout his career with the central bank, Mr Tan was involved in various strategic initiatives of the department, including making assessments and policy-related recommendations to the government of Malaysia.

Mr Tan earned his Master’s Degree (with Distinction) from the University of Malaya in Malaysia and a Bachelor’s Degree (Hons) from the London School of Economics in the UK. He has written several departmental papers while he was with the BNM, as well as journal articles and book chapters appearing in the Hitotsubashi Journal of Economics, the South East Asian Central Banks (SEACEN), Bretton Woods: The Next 70 Years, and several AMRO’s thematic studies and working papers.