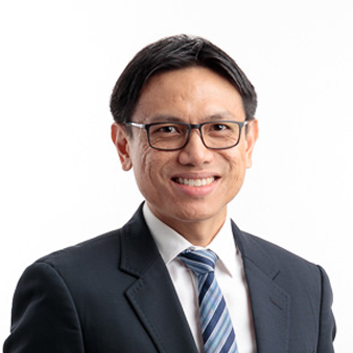 Joining the ASEAN+3 Macroeconomic Research Office (AMRO) in September 2011, Mr Hernando is responsible for handling regional and member countries’ surveillance, with the focus on macroeconomic and financial sector risks and vulnerabilities.

Mr Hernando previously worked with the Bangko Sentral ng Pilipinas, the Asian Development Bank (ADB) and Philippine Department of Finance. Throughout his career, Mr. Hernando has been involved in monitoring and analyzing the global economy as a whole, and of the major economies in the Asia and Pacific region. His work includes recommending policy position on the global economic, monetary and financial issues, and facilitating closer relations/cooperation with international institutions such as the International Monetary Fund and the ADB.

Mr Hernando earned his Master’s Degree on Economics of Development from the Australian National University (with Merit) in 2004 and graduated with a Bachelor of Science in Business Economics from the University of the Philippines in 1998.