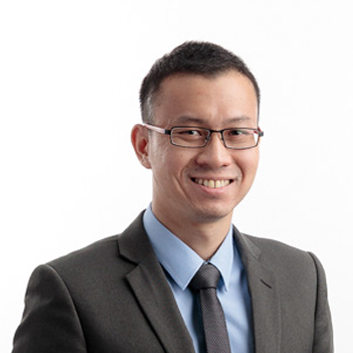 Mr Suan Yong Foo joined the ASEAN+3 Macroeconomic Research Office (AMRO) as Senior Economist in December 2019, after a secondment from the Monetary Authority of Singapore (MAS) between July 2017 and November 2019. He was AMRO’s desk economist for Hong Kong, China; and is desk economist for China.

He has co-written some China-focused papers, including: a 2018 working paper on “China’s Reform and Opening-Up: Experiences, Prospects, and Implications for ASEAN”; 2019 paper for the Singapore Economic Review Special Issue “Belt and Road Initiative: A Framework to Address Challenges and Unlock Potential for High-Quality and Inclusive Growth”; 2020/21 working paper “Conceptualizing and Examining China’s Economic Policy Responses to the COVID-19 Pandemic”, and an analytical note “Financing Micro and Small Enterprises: China’s Approach and Increasing Role of the Credit Guarantee System”. He co-authored with AMRO’s Director and Chief Economist and other multilateral institutions the first edition of the Boao Forum for Asia (BFA)’s Asian Financial Development Report (AFDR) on Infrastructure Finance, 2019.

Between 2003 and 2017, Mr. Foo rotated across the financial supervision, macro surveillance and international functions in MAS. He was in MAS’ workgroup for Singapore’s 2013 FSAP conducted by the IMF. In 2016-2017, he co-led the International team analyzing implications of changes to the CMIM. He was Lead Negotiator for Financial Services, Sri Lanka-Singapore Free Trade Agreement (FTA) 2016-17 and Turkey-Singapore FTA 2014-15; Deputy Director, Regional Development 2014-17; Lead Economist, Macro Surveillance 2012-14; and MAS Secretariat Officer, 2009-10.

He was General Secretary of the Economics Society of Singapore 2006-09.

Mr. Foo received his Honours Degree in Social Sciences (Economics) from the National University of Singapore (NUS) in 2003, having completed the course on the MAS Undergraduate Scholarship. He was also an NUS Scholar 1999-2003, and a Singapore Public Service Commission (PSC) Humanities Scholar 1995-1996 while at Raffles Junior College. He received his Special Testimonial from Raffles Institution in 1994.

From Crises to Resilience and Growth: Is It Time for East Asia to Change Course?