The Vietnamese version of this interview was first published on Vietnam News Agency’s TV channel and Tin Tuc Newspaper. Watch the video. Read the text. 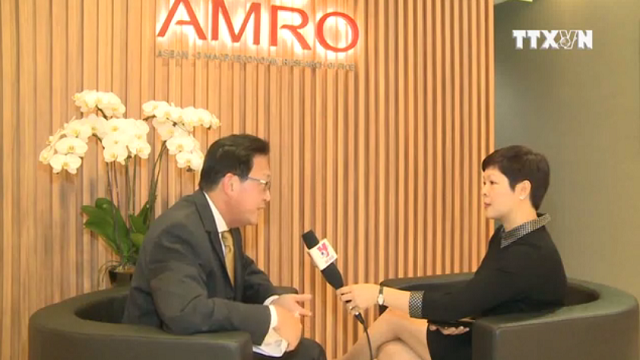 The CPTPP also sends an important signal of commitment to free trade and trade liberalization, against rising protectionist sentiment. Compared to the original TPP, the CPTPP still keep the commitments to liberalize in key areas such as textiles, technical barriers to trade measures, competition, state-owned enterprises and small- and medium-sized enterprises, labor, and dispute settlement. This makes the CPTPP a high-standard, “21st century trade agreement”.

Q: Once being implemented, what are the opportunities and challenges that the CPTPP will bring to member countries?

Within our region, five economies are members of the CPTPP – Brunei, Japan, Malaysia, Singapore and Vietnam. Some of our economies have already seen benefits in terms of increased foreign direct investment, or FDI, inflows, in anticipation of the trade agreement. For example, Vietnam has already received FDI inflows in the garment and other manufacturing industries in anticipation of greater market access under the agreement.

Looking forward, there will be increased investment flows, as the CPTPP gains momentum at a later stage. For example, the cumulative inward FDI growth to Vietnam is expected to reach more than 2 percent in 2025 and more than 6 percent in 2030. Other countries in Asia, like Malaysia and Japan, will also follow the same pattern.

While agriculture will tend to benefit, services sectors (e.g. financial services) is also amongst the key beneficiaries under CPTPP. For Vietnam, the food processing and confectionery industries will tend to benefit once CPTPP is fully implemented. To fully benefit from the CPTPP and its provisions, member economies would have to commit to implementing its provisions. This would entail policy commitment and implementation of domestic structural reform, and some have welcomed the impetus given by the CPTPP in accelerating domestic reform, with the commitment given by other members of the agreement that they would do the same.

Q: Some people say the CPTPP’s agenda is more political rather than economic as it forges more exemption privileges on investment status, intellectual property, copyrights etc. The only breakthrough may only be found in the industries of agriculture, food and processing. There is only the factor that most countries do not want to quit the TPP. What do you think of the above assessment?

As mentioned earlier, the CPTPP represents a high-level trade agreement, which is a game changer in trade liberalization. While many free trade agreements focus on tariff reduction, the CPTPP goes beyond this in setting high-quality standards on competition, state-owned enterprises, labor and dispute settlement

In any trade negotiation, different countries will emphasize different parts of an agreement. Before the U.S. withdrew, it was a strong advocate of provisions on intellectual property and investment. After the U.S. withdrew, these areas were not as prioritized by the remaining members. However, the 11 members of CPTPP still managed to reach agreement on the many remaining provisions. Therefore, out of more than 1000 provisions, the 11 members of CPTPP suspended 22 provisions.

Q: What is your comment on the fact some countries including the UK and Thailand also want to join the CPTPP in the future?

The CPTPP, like the original TPP agreement, allows other economies to sign up and join later. This may even include the US if it decides to rejoin the agreement, subject to negotiation with the CPTPP membership. As the size of the membership grows, the total benefits from the new trade pact will likely increase. The economies, which are interested to join the CPTPP, will of course assess their options based on how the CPTPP members have benefited from the trade pact and how they have fulfilled their commitments and obligations under CPTPP.

Q: How can Vietnam take advantage of the CPTPP to enhance its competitiveness and develop its economy?

According to a number of studies on the potential impact of the TPP on member economies, Vietnam could benefit significantly from the agreement, particularly with improved access to the US market. In this regard, Vietnam may enjoy less benefit from the CPTPP – a TPP without the US. Having said that, the CPTPP, with a market size of about 500 million people and equivalent to more than 13 percent of global GDP, remains a significant market to Vietnam.

Recent data suggest that exports to the CPTPP members collectively account for almost 30 percent of Vietnam’s total exports to the world in the past 5 years. Within the 11 CPTPP members, Japan and Singapore, for instance, are among the largest foreign investors in Vietnam. As such, we believe that Vietnam would still benefit from the CPTPP in terms of enhanced market access and strengthened investment relations.

Q: What are the weaknesses that Vietnam needs to improve in order to ensure smooth execution of the CPTPP?

As Vietnam participated in the TPP negotiation process since the beginning, we believe that domestic agencies and businesses have become increasingly aware of the costs and benefits in joining TPP, and now the CPTPP. While there have been some suspended provisions from the original TPP, the CPTPP remains to be a high-standard, “21st century trade agreement”, which targets not only full liberalization of trade in goods but also covers a wide range of WTO-plus elements. These include non-tariff issues such as rules of origin, competition, labor standards, intellectual property rights and dispute settlement, together with cross-cutting issues such as regulatory coherence, safety standards, SMEs, and business facilitation.

In this regard, in order to be eligible for CPTPP benefits, Vietnam will need to accelerate reforms in a number of above-mentioned areas, for instance, SOE reform, government procurement, labor standards, and SME and business facilitation. This could serve as an external push for such much-needed domestic reforms, which not only helps Vietnam to reap the CPTPP benefits but also supports its long-term economic growth and competitiveness.

Monthly Update of the AREO – March 2018: Special feature: ‘Updates on U.S. Trade Measures and the Comprehensive and Progressive Agreement for Trans-Pacific Partnership (CPTPP)’