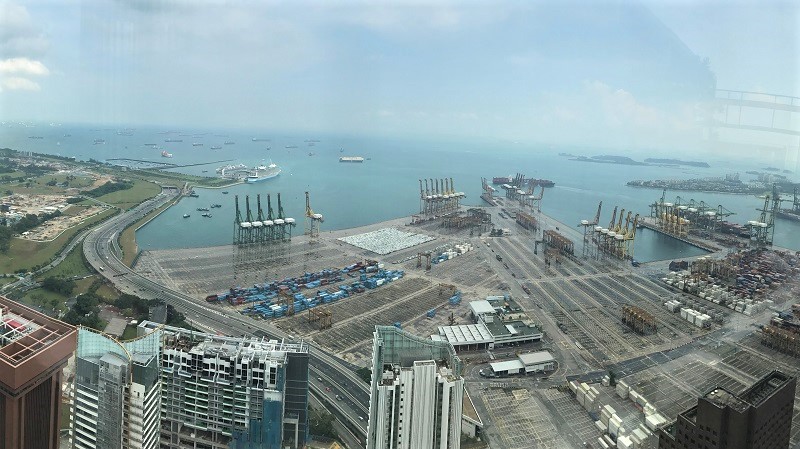 In the wake of the Asian Financial Crisis (AFC), the Chiang Mai Initiative (CMI) was established in 2000 to provide short-term U.S. dollar liquidity to ASEAN+3 members. This was further developed into the Chiang Mai Initiative Multilateralization (CMIM) in 2010. As the regional financing arrangement in East Asia, the CMIM has contributed to strengthening financial stability in the region and reducing its vulnerability to a sudden reversal of capital flows. Against the backdrop of increasing global complexity these days, to further enhance the CMIM, we first need to understand the current global and regional economic context.

Despite a more diversified international monetary system with the rise of the common currency Euro and developments of regional local currencies, the U.S. dollar has remained the dominant currency, with “exorbitant privilege and duty” in global trade settlement, foreign exchange markets and in the composition of foreign reserves, including in East Asia. The latest data shows the share of U.S. dollar in the above three areas at around 40 percent, 90 percent (which involve the U.S. dollar on one side) and 60 percent respectively. Therefore, the East Asia remains vulnerable to risk of the exchange rate volatility of U.S. dollar and the U.S. Fed’s monetary policies, as seen in the taper tantrum in 2013 and the recent Fed rate hike in 2018. This explains why the ASEAN+3 members have continued to put their efforts in promoting local currency use in recent years, which has laid the ground for them to further explore the possibility of extending liquidity support in local currency in addition to the U.S. dollar in the CMIM.

The research first finds that economic and financial integration in the region has been deepening and local currency usage has also shown an upward trend in recent years, although the U.S. dollar remains dominant in cross-border transactions.

The research also elaborates on policies that can facilitate the greater usage of local currency. There have been several active policy measures that provide basic arrangements with economic entities and have therefore become important catalysts for increased local currency usage in the region. It is noted that an effective exchange rate direct trading market is essential for local currency usage to reduce currency exchange transaction costs. Some bilateral swap arrangements are designed to facilitate the use of local currencies in trade settlements in addition to other objectives while the Local Currency Settlement Framework agreed between Thailand, Malaysia and Indonesia directly seeks to boost local currency usage in trade and investment settlements among the three economies.

Given the increase in local currency usage in the region in recent years, it is worth exploring the possibility of lenders contributing to the CMIM in local currency and borrowers receiving local currency for crisis financing. It is expected that a hybrid arrangement of U.S. dollar and/ or local currencies in crisis financing can be more impactful and efficient for both parties in that it may meet the borrowers’ demand for local currencies, if so requested, while lenders can also reduce the burden of drawing on their own foreign reserves. Such a structure may also help enhance CMIM funding resources, while reducing the over-reliance on the U.S. dollar in the region.

The research also explores the modality of local currency contribution to the CMIM. It is suggested that a natural way for this to happen may be to follow a voluntary and gradual principle and to provide members with another choice in addition to the U.S. dollar. The research also flags out some technical issues that need to be resolved for local currency usage in the CMIM, such as those related to exchange rates and interest rates.

In the face of growing uncertainties in the global economy and changing international circumstances, the CMIM should be further enhanced in order to address future crises. As suggested in the research, it is worth considering local currency usage in the CMIM for liquidity support as a way to enhance the CMIM and to reduce the over-reliance on the U.S. dollar. This collaborative research is expected to be a good starting point and to shed light on more ideas relating to this important issue.

* This article is the first part of a blog series that explores the possibility of local currency contribution to the CMIM in the ASEAN+3 region.