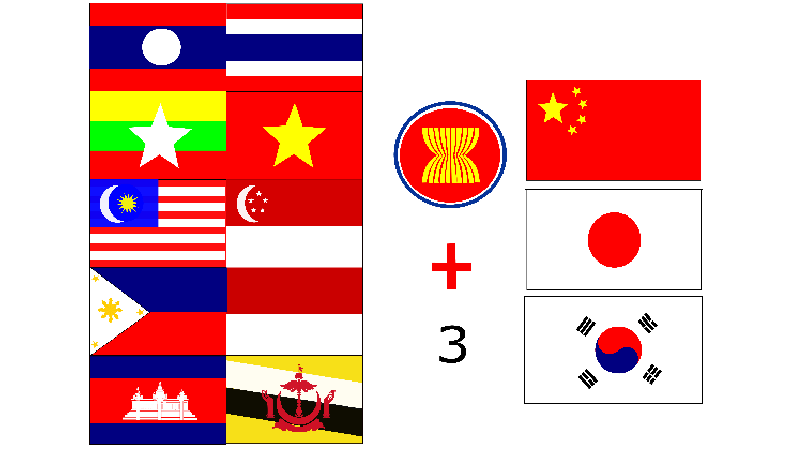 The past century witnessed heightened frequency and magnitude of financial crises, and the global communities’ response to them have largely shaped the modern international financial system that is in place today.

The COVID-19 pandemic represents the biggest threat to the global economy since the Global Financial Crisis. Nine months since the onset of the outbreak, the financial market continues to recover from the initial panic, thanks to strict containment measures along with decisive policy actions deployed by governments around the world on the economic front. However, as the prospect of a full recovery is still highly uncertain, the financial market remains vulnerable to instability.

Against this backdrop, ASEAN+3 members, which comprise ten Southeast Asian nations plus China, Japan, and Korea, recently reached a major milestone in their continuous endeavor to strengthen economic and financial resilience in the region.

Over the past decade, a key component of the ASEAN+3 finance process is the Chiang Mai Initiative Multilateralisation (CMIM). Named after the Thailand city where it was originally launched, the CMIM aims to provide crisis financing to the regional countries facing liquidity difficulties. The CMIM is an East Asian variety of regional financing arrangement (RFA), which has emerged as a significant part of the global financial safety net against financial volatility. As the IMF does to its near-universal membership, the RFAs provide liquidity to their regional members in times of crisis. RFAs are meant to supplement the IMF, not only with their additional financing power but also with hands-on local knowledge.

Today, the CMIM is a multilateral US dollar swap arrangement among the participating countries with a centralized decision-making process. It also packs a serious punch in terms of financing power with its USD 240 billion, which is the second-largest among its kind.

In 2011, ASEAN+3 complemented the CMIM by establishing the AMRO, which was tasked to conduct surveillance on member economies and the region, and support the operation of the CMIM.

On September 18, 2020, the ASEAN+3 Finance Ministers and Central Bank Governors came together to announce their renewed efforts to enhance the regional financing arrangement.

The members agreed to further enhance the relevance of the Chiang Mai Multilateralisation Initiative (CMIM), and ensure its full operational readiness once the revised CMIM Agreement comes into force in 2021.

One of the agreements addressed the longstanding issue of increasing the International Monetary Fund (IMF) de-linked portion. Any ASEAN+3 member can request the full amount apportioned to it from the CMIM only where there is a matching IMF program targeted to that country. Without linkage with an IMF program, a CMIM member was allowed to draw down only 20% of the full amount, before increasing to 30% in 2014.

First, the agreement to increase the IMF de-linked portion to 40% reiterates the ASEAN+3 members’ willingness to make the CMIM more readily available to the countries in need.

Second, the decision to use local currencies for the CMIM crisis financing on a voluntary and demand-driven basis, in addition to the U.S. dollar, can provide the members with more financing options.

Third, the completion of the CMIM conditionality framework will guide the CMIM in setting conditionality for crisis financing, making it more useful and reliable. This framework also aims to ensure smooth and swift cooperation between the CMIM and IMF in designing programs and conditionality in the case of co-financing.

The AMRO led coordination with the IMF to finalize the conditionality framework on the IMF linked portion. Through the in-depth discussion with the IMF, AMRO not only clarified the operational mechanism but also ensured the CMIM’s independent decision-making with regard to conditionality setting.

The Asian Financial Crisis gave birth to the CMI in 2000 and the experience of the Global Financial Crisis motivated the upgrade from CMI to the CMIM in 2010. Today, the COVID-19 pandemic is putting the current global financial system to another test. The ASEAN+3 members once again renewed their commitment to securing regional financial stability. And AMRO stands ready to support this endeavor along the way.