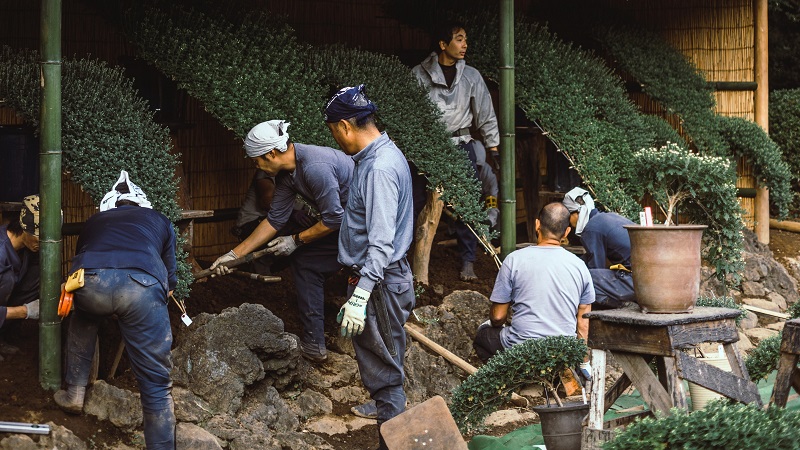 As one of the most aged societies in the world with a shrinking labor force, Japan has been struggling to meet the demand for more workers. Last year, the government took the unprecedented measure to open the door for more foreign workers in order to mitigate the labor shortages in the economy. This is a progressive move given the history of tight control on the population of foreign workers in Japan, which resulted in a very low ratio of foreign workers in the total workforce. According to the Organisation for Economic Co-operation and Development (OECD), Japan’s foreign population accounted for only about 2 percent of the total population in June 2018, which is far less than that in other OECD countries.

Aging Population Is Hurting the Economy

Aging population, coupled with a low fertility rate, results in a declining working-age population. This not only hurts a country’s growth potential but also affects negatively Japan’s fiscal sustainability due to increases in social expenditure such as higher pension and healthcare spending.

The working-age population in Japan has started to decline from its peak of 87 million in 1993 to 75.3 million in 2018, resulting in a severe labor shortage in the economy. In 2019, the labor shortage is estimated to be 600,000 workers, and the figure could climb to 1.3 million in the next five years, according to the government’s projections. It has been observed that the quality of services has been adversely affected due to labor shortages, as reflected in long waiting time in supermarkets or restaurants. This can be interpreted as an increase in real prices, although the price tags remain unchanged.

Towards a More Inclusive and Welcoming Labor Market

While these measures to improve elderly and female labor participation rates have been relatively successful in easing the challenges of the declining working-age population, it is not a permanent solution. At this juncture, accepting more foreign workers is necessary to ensure a steady supply of labor to support economic growth. As a result, the Japanese government has taken major steps to welcome more foreign workers, the scale of which is unprecedented in Japanese history.

In June 2018, Japan adopted the Basic Policy on Economic and Fiscal Management and Reform which lay out major actions to support and realize strong economic growth. A key focus of the policy is to promote human resource development. It acknowledges the severity of the labor shortage in Japan and seeks to recruit talents from foreign countries.

Subsequently, in December 2018, the Diet passed a bill to allow more foreign workers under a new residency status policy, creating two new visa categories for skilled workers in the industrial sector, which came into effect in April 2019. The first type of new visa status applies to workers with expertise and skills in industrial fields who meet certain skill and language requirements. These foreign workers are allowed to stay for up to five years without accompanying family members. The second category applies to proficient-skilled workers in industrial fields; these workers are permitted to bring their families and extend their stay with indefinite renewals. The new policy aims to bring in about 345,000 skilled foreign workers in the next five years, which is still dwarfed by the needs of the market. Authorities will also loosen the rules of residency for foreign students starting in spring 2019, allowing smooth switching of visa status and expanding work opportunities for foreign students.

While the measures taken are in the right direction given the severe demographic challenges in Japan, it is difficult to believe that merely introducing new visa statuses for foreign workers would be sufficient to address the severe labor shortage in Japan. In fact, prior to these measures, Japan already has the Technical Internship Training Program, which is a framework to accept foreign workers. Started in 1993, the program has brought in foreign trainees and currently accounts for about 20 percent of total foreigners working in Japan. However, the government needs to conduct a periodic review of the strengths and weaknesses of the existing program.

To attract more foreign workers, especially highly skilled workers, Japan should consider providing a more favorable living and working environment to make them feel at home, including the social security system for foreign workers, comparable to Japanese peers. Loosening entry requirements, such as the minimum level of Japanese language required, can also increase the attractiveness of working in Japan.

While foreign workers will help to mitigate the labor shortage, increasing investment along with expanding training and other labor market policies that boost labor productivity should be a priority. This should be done while maintaining prevailing measures aimed at increasing female and elderly labor participation. Japan’s future prospects depend critically on how successful the country is at recruiting talents from abroad and developing its capacity going forward.