Another version of this article was published on the Myanmar Times on August 16, 2017 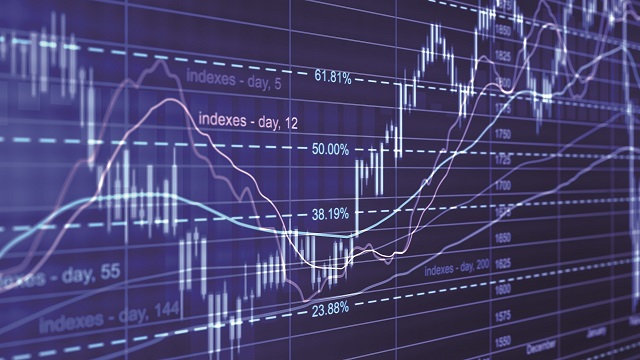 Around the world, the spotlight has always been on the central bank to curb inflation. However, in several developing countries, including Myanmar, curbing inflation is not solely a matter for the central bank, but also for the fiscal authorities. Why is that? Because the size of the fiscal deficit and how it is financed has significant effects on the economy, especially where size of the government is relatively large and financial markets are small, illiquid and underdeveloped.

In the case of Myanmar, those factors, together with the inability of the country to access external financing in the past, have led to heavy reliance on the Central Bank of Myanmar (CBM) to directly finance the fiscal deficit. The fiscal deficit rose to 4.5 percent of GDP in FY2015/16, and despite efforts to consolidate the budget, the fiscal account has remained under pressure. Although the government has resorted to issuance of Treasury bills to finance the deficit, residual gap is still quite large and has been financed directly by the CBM.  This has in turn led to an increase in base money and higher inflationary pressure. A recent study by ASEAN+3 Macroeconomic Research Office (AMRO) shows that money supply growth was the second most important driver of inflation in Myanmar following shocks related natural disasters. Myanmar’s average inflation rate of 16 percent from 2000-2015 was the highest in the region.

Considerable efforts have been made to reduce the proportion of direct financing by the central bank in total fiscal deficit by developing the Treasury bill and bond markets to tap on financing from private banks. The government expanded Treasury bill issuances by allowing more market-determined interest rates, introducing longer tenure bills and allowing foreign banks to participate in the government securities auction. Further, the Treasury bonds market was launched in September 2016.

Notwithstanding the stepped-up efforts, the target of reducing central bank deficit financing to 40 of the total fiscal deficit could not be met in fiscal year 2016/17. The reason was that the amount of financing raised from private banks was still below the targets in this early stage of Treasury bill and bond market development. Moving forward, the fiscal deficit is also expected to rise, testing the commitment by the government to limit it under 5 percent of GDP according to its medium-term plan. It is therefore essential for the government to find other avenues to further reduce deficit monetization.

Significant room to tackle this challenge remains in two important areas. First, the public debt is still at low levels, and including more Official Development Assistance (ODA) into the borrowing plan and better integrating foreign financing into the planning and fiscal framework will help lessen dependence on direct CBM financing. Second, improved budget planning and cash management will enable the government to better direct surplus cash to deficit areas, improve overall cash management, and reduce the need for CBM financing of the deficit.

Over the medium to long term, sound public finances will continue to be a prerequisite to curbing inflation. Thus, monetary and fiscal authorities need to closely cooperate to achieve consistently sound economic policies that eventually supports the stable growth and inflation. Continuing fiscal reforms are needed, by enhancing tax collection and broadening the tax base. Making public expenditure management more efficient and focusing on priority areas such as health, education and infrastructure remains crucial to ensure that the fiscal deficit remains within the target.

Fiscal guidelines should also be considered to manage the fiscal deficit. An example from Cambodia demonstrates that distinguishing different financing sources for capital and current expenditures can help mitigate fiscal deficit and streamline fiscal deficit management. A good alignment between national development priorities and ODA was achieved, enabling a significant portion of capital spending to be funded from ODA. On the other hand, current spending is capped by tax and non-tax revenue generated from the domestic economy.

Keeping the momentum of fiscal reforms and maintaining fiscal discipline are essential ingredients for further achievements in economic and social development as well as keeping inflation well anchored in the longer term. The Myanmar government has shown significant efforts to maintain fiscal prudence by cutting spending when revenue fell short of expectation. This discipline needs to continue. Several examples from other ASEAN economies show that biting the bullet in the tough early period paid off in the longer term.