As we enter 2019, global economic prospects have dimmed and grown more uncertain for the first time since mid-2016– a sharp contrast to 2018 where the global economy started on an upbeat note. The baseline outlook in 2019 is a shade weaker, reflecting the maturation of the global business cycle amid weaker impulse from global trade.

Amid these growing challenges, the ASEAN+3 region has done well and remains the fastest growing region in the world. Most economies are growing at close to or slightly above potential with subdued inflation. As compared to the projection made in April last year, AMRO staff has shaded down the regional growth for 2018 and 2019 to 5.3 percent and 5.1 percent, respectively, but with greater uncertainty for 2019 on account of the ongoing trade conflicts between the U.S. and China.  Headline inflation is expected to rise to 2.2 percent in 2019 from 2.0 in the previous year, with some upside risk from recovering global oil prices. 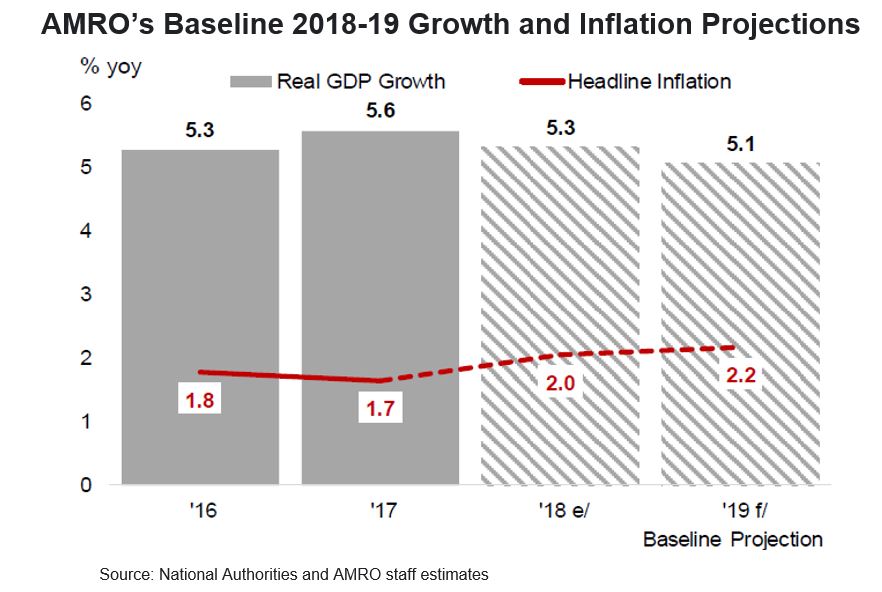 Fundamentally, the region is on a stronger footing compared to other emerging markets outside the region. Major ASEAN economies (Indonesia, Malaysia, the Philippines, and Thailand) and Korea continue to have relatively strong external positions with adequate reserves and current account balances that are either in surplus or in small deficit.

The key risks confronting the ASEAN+3 region are mainly external, as shown in the Global Risk Map below which shows the likelihood against the imminence of risks. The two key downside risks are: 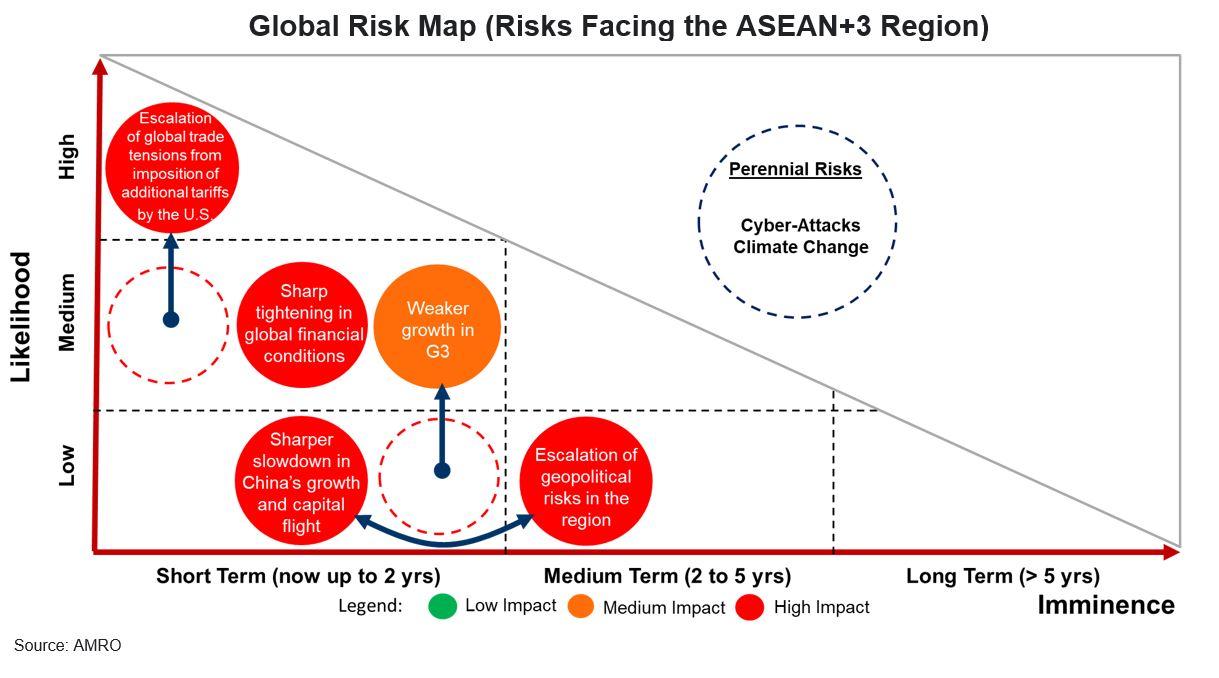 Remain vigilant, with no room for complacency

So far, strong economic fundamentals, together with a more flexible and responsive policy framework, as well as strengthened buffers, have allowed the region to weather shocks relatively well. Considering that downside risks have become more pronounced, it would be prudent for regional policymakers to prioritize financial stability while supporting growth. The intra-regional linkages in production have been reinforced by growing demand within the region for final consumer products reflecting the rapidly rising middle class. This would help to cushion the adverse effects from a downturn in the U.S and Europe.

For economies facing strong external headwinds and spillovers, policymakers have pre-emptively tightened monetary policy to help assuage market concerns. On the fiscal front, prudent public finances have allowed fiscal policy to play a crucial countercyclical role, helping to support growth. However, with the narrowing fiscal space, authorities would need to reprioritise spending to support structural reforms and growth. Policymakers should continue to remain vigilant, with no room for complacency. Longer term structural reform agenda should also be pushed ahead, such as in building capacity and connectivity to foster resilience and enhance future growth prospects.