ASEAN+3’s and Singapore’s Economic Outlook 2020: Is the Glass Half-Full or Half-Empty?

ASEAN+3’s and Singapore’s Economic Outlook 2020: Is the Glass Half-Full or Half-Empty? 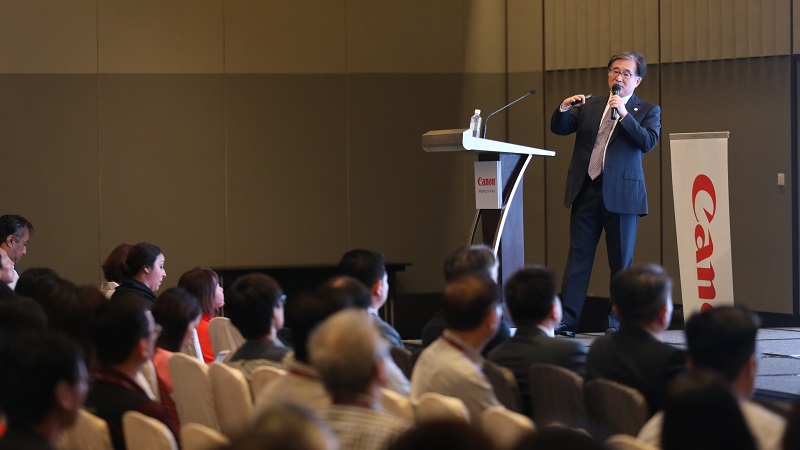 In his keynote speech, AMRO Director Mr. Toshinori Doi emphasizes that given these mounting risks, AMRO has cut its baseline growth projections for the region to 4.9% in 2019 and 4.7% in 2020. Photo: Think Big Leadership Business Series 2019

Amid strong headwinds stemming from the prolonged U.S.-China trade tensions and a global slowdown, the ASEAN+3 region and Singapore remain resilient, supported by strong economic fundamentals and buffers as well as a regional financial safety net. This was highlighted by speakers on the second day of the Think Big Leadership Business Series on November 8, 2019 in Singapore, which was attended by some 500 business leaders from various industries.

In his keynote speech, AMRO Director Mr. Toshinori Doi highlighted the main risks facing the ASEAN+3 region in the short-term, including an escalation of global trade tensions; a sharp rise in the emerging market risk aversion; and a sharp deceleration in growth of major economies. Given these mounting risks, AMRO has cut its baseline growth projections for the region to 4.9% in 2019 and 4.7% in 2020 from 5.1% in 2019 and 5.0% in 2020 released last May.

As the U.S.-China trade tensions – the biggest risk to the region – would likely be prolonged, businesses should strengthen their operations, get prepared, and look for opportunities in a protracted challenging environment. Amidst the heightened policy uncertainty and more protectionist global economy, it is also important that economic and financial integration and cooperation within the ASEAN+3 region would continue. To this end, the signing of the Comprehensive and Progressive Agreement for Trans-Pacific Partnership (CPTPP) and the conclusion of the Regional Comprehensive Economic Partnership (RCEP) would send a strong signal of the region’s commitment to free trade. 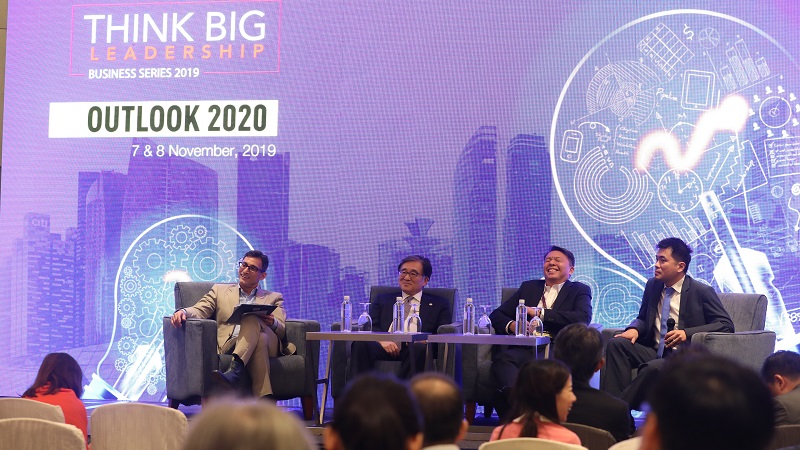 Talking about Singapore, Mr. Doi underscored that as a small, open, and export-oriented economy, Singapore has been negatively affected by the prolonged U.S.-China trade tensions. Growth slowed sharply from 3.1% in 2018 to 0.1% in the third quarter of 2019, due to the contraction in the manufacturing and export-oriented services sectors, such as the wholesale and retail trade and logistics services.

According to the DHL Global Connectedness Index 2018, Singapore is ranked number 2 in terms of connectivity between countries and was the only Asian country which made it to the top 10. Thanks to its ease of logistics, many global companies are relocating to Singapore to set up their bases here. Therefore, despite strong external headwinds, Mr. Christopher Ong, Managing Director of DHL considered the situation in Singapore as “the glass is half full”.

Along that line, Mr. Jeff Ng, Chief Economist (Asia), Continuum Economics, noted that in today’s uncertain climate, there were still positive points that local businesses in Singapore can anchor on, spotlighting services and government support. Given the recent quarters’ growth numbers, growth for 2019 is projected to be 0.5% and is expected to rise to 1% next year. The services industry continues to be the main anchor for GDP growth in Singapore moving into 2020.

Speakers were of the view that the biggest threat to Singapore is the escalating U.S.-China trade tensions, which can result in even more evident negative spillovers to the broader economy. Although Singapore has avoided a technical recession, it is still not out of the woods. The impact has been limited to hard-hit sectors such as electronics, which were strong sources of growth in 2017 and 2018, and thus a moderation from the strong growth is in order. The labor market has been holding up well too, and thus broad-based stimulus is not necessary to support the overall economy and the labor market yet. However, policy intervention would be warranted if domestic-oriented sectors starts to slow and the unemployment rate increases. Fiscal reserves should be deployed to help people remain employed and support the labor market when there is a downturn, and to enhance people’s welfare more in general that is commensurate with the wealth of the nation.

Singapore firms can weather the downturn by bolstering restructuring efforts and upskilling their workers. To this end, speakers encouraged firms to be more proactive in collaborating and competing together when seeking to expand abroad and solidify their longer-term business viability. They can also leverage on existing grants to adopt more automation and digitization training for workers.