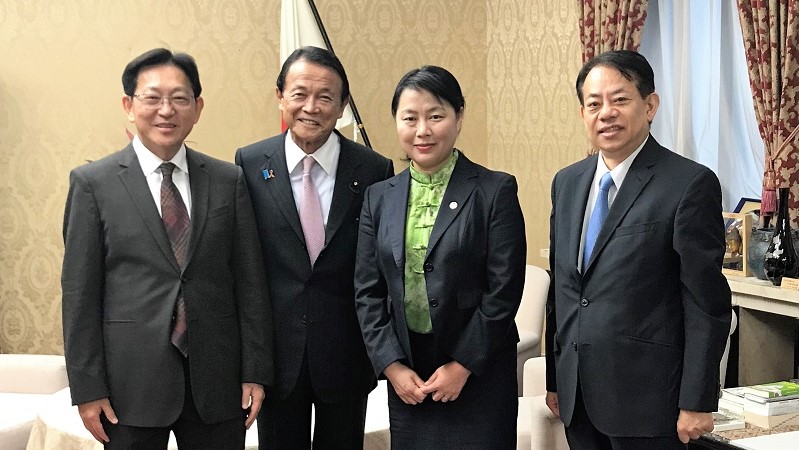 SINGAPORE, November 16, 2018 – Abenomics has been successful in lifting the Japanese economy’s growth potential and inflation, while the policy framework needs to be reviewed and recalibrated to enhance its effectiveness to revitalize the economy. This was highlighted in the preliminary assessment by the ASEAN+3 Macroeconomic Research Office (AMRO) after its Annual Consultation Visit to Japan from October 31 to November 9, 2018.

“The economy is expected to grow robustly by 1.2 percent this fiscal year before easing to 0.7 percent next year, while inflation is expected to rise moderately to around 1.0 percent in both years,” said Dr Lee. “However, the economy is facing structural challenges related to effects of rapid population aging and prolonged reliance on expansionary fiscal and monetary policies. Thus, restoring fiscal sustainability should be prioritized, while the ultra-easy monetary policy continued to be recalibrated.”

The Japanese economy continued to grow robustly above its potential in the first half of this fiscal year, mainly driven by strong business fixed investment and recovering private consumption. Exports grew at a slower pace, but remained one of the main drivers of growth. The labor market tightened further amid steady job growth with low unemployment, while overall wages grew at a moderate pace.

Consumer Price Index (CPI) – excluding fresh food – continued to rise steadily to 1 percent, broadly approaching the medium-term inflation expectations of households and corporates. Going forward, CPI inflation is projected to remain around 1.0 percent in the next two years, albeit below the 2 percent target set by the Bank of Japan over the medium-term.

Downside risks to the near-term outlook have intensified, mainly due to potential external tail events that include a further worsening of the U.S.-China trade conflicts, a sharper-than-expected economic slowdown of major trading partners, and heightened global uncertainties triggered by emerging market crises in some countries or geopolitical tensions. Domestically, the scheduled consumption tax hike in 2019 may cause demand fluctuation, while mitigating measures will be implemented. Structural challenges include demographic headwinds from population aging and low fertility rates, weakening of fiscal discipline, and prolonged easing of monetary policy.

Fiscal policy should prioritize restoring fiscal sustainability. A comprehensive and consistent medium-term fiscal consolidation plan, based on more realistic macroeconomic assumptions, should be formulated. In the near-term, however, to mitigate the impact of the consumption tax hike in 2019, supplementary policy measures can be considered to support consumer sentiments and spending.

The current ultra-easy monetary policy has been effective in raising inflation and supporting the economy, but the policy framework should continue to be recalibrated to maintain its effectiveness and credibility. In particular, a further recalibration of the quantitative and qualitative monetary easing with yield curve control, or “QQE with YCC” policy toward more flexibility is recommended. This will help restore market functioning in the JGB markets. The authorities should also enhance its supervision of financial institutions’ risk-taking behavior and the potential build-up of credit risks accompanied by the continued growth in loans against a backdrop of narrowed interest margins.

Structural reforms focused on tackling demographic challenges should be enhanced and implemented in a credible and bold manner. The authorities’ proactive approach toward “human resource development” and “supply system innovation” is commendable.

The mission would like to express its appreciation to the Japanese authorities and other counterparts for their assistance and warm hospitality. This Annual Consultation Visit has deepened AMRO’s understanding of Japan’s current macroeconomic and financial situation as well as ongoing efforts to address the risks, vulnerabilities and challenges confronting the economy.