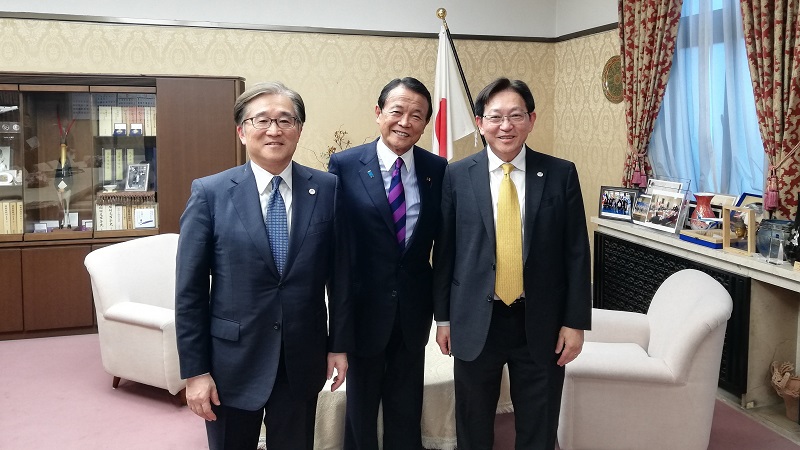 SINGAPORE, November 22, 2019 – The Japanese economy has remained resilient, supported by domestic demand, despite a continued weakness in exports amid a global slowdown. Moving forward, Japan should strengthen efforts on structural reforms to support long-term growth. This was highlighted in the preliminary assessment by the ASEAN+3 Macroeconomic Research Office (AMRO) after its Annual Consultation Visit to Japan from November 5 to 15, 2019.

Consumer price inflation (excluding fresh food) remains stubbornly low, far below the Bank of Japan’s 2-percent target. Going forward, inflation is projected to be 0.6 percent in this fiscal year before slowing to 0.5 percent in next year[3], while medium-term inflation expectations are expected to remain stable at around 1.0 percent.

External position remains strong given the sizable current account surplus, which is in turn supported by the large primary income surplus. Meanwhile, capital outflows continue to be driven by corporate investment abroad and financial institutions’ portfolio investments in search of higher returns.

Credit growth remains relatively robust, reflecting easy monetary conditions. The financial system remains sound although financial institutions are struggling with low profitability. To offset declining net interest margins, major banks have been expanding their overseas lending and investing in foreign securities including structured credit products. Meanwhile, regional banks are continuing to extend loans to small firms, albeit at a slower pace, and are increasingly diversifying into fee-based services and taking up other business opportunities to secure more steady income streams.

Following robust expansion over the past five years, the Japanese economy is currently confronted with strong headwinds, mainly from external factors. Key risks include a sharper-than-expected slowdown in China, continued trade protectionism including the U.S.-China trade tensions, and implications of a further deepening of global uncertainties on the Japanese economy.

The authorities should step up efforts toward improving fiscal sustainability. The offsetting measures against the tax hike should be tapered as planned, so that the additional tax revenue can be used to improve the fiscal balance. Ongoing efforts on expenditure reforms should be strengthened. Extensive healthcare benefits should be carefully reviewed and controlled to maintain modest growth in social security-related expenditure.

The current easy monetary policy stance should be maintained to support growth and counter disinflationary pressure, and the Bank of Japan should be ready to ease further in response to possible economic downturn amid external headwinds. At the same time, policymakers should closely monitor adverse side-effects from a prolonged monetary easing, including financial institutions’ tight net interest margins.

Structural reforms should be pursued in a comprehensive manner to strengthen growth potential in the longer term. The authorities’ proactive approach toward “Society 5.0” with a focus on advanced technologies is commendable. Further corporate governance reforms are necessary for improving efficiency and transparency in management that would lead to greater attractiveness to investors. Revitalization of regional economies should be stepped up to correct high concentration of economic activities in major cities and their neighboring prefectures. To cope with labor shortages from an aging population, effective utilization and development of human resources need to be strengthened through implementing work style reforms, employing robotics and automation, and embracing more foreign workers.

The mission would like to express its appreciation to the Japanese authorities and other counterparts for their assistance and warm hospitality. This Annual Consultation Visit has deepened AMRO’s understanding of Japan’s current macroeconomic and financial situation as well as ongoing efforts to address the risks, vulnerabilities and challenges confronting the economy.

[1] The fiscal year corresponds the period from April 1 to March 31.

[2] This baseline projection does not reflect the effects of the economic stimulus package and the supplementary budget under consideration following the Prime Minister’s announcement on November 8, 2019.

[3] The one-off effects of the consumption tax hike and policies concerning the provision of free education are deducted by 0.2 and 0.1 percentage points from FY2019 and FY2020, respectively.