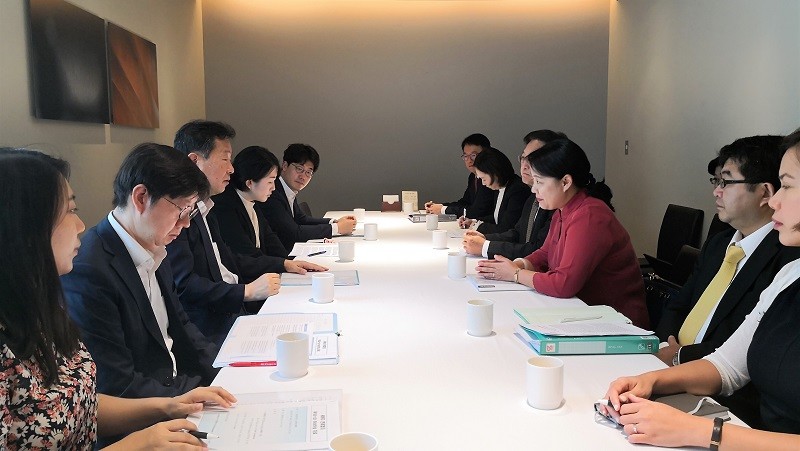 SINGAPORE, September 10, 2018 – The Korean economy is expected to grow at its potential in 2018 supported by strong exports in the information and communication technology (ICT) sector and continued improvement in private consumption. This is according to the preliminary assessment by the ASEAN+3 Macroeconomic Research Office (AMRO) after its Annual Consultation Visit to Korea from August 27 to September 5, 2018.

The mission was led by Lead Economist Dr Sumio Ishikawa, and Director Dr Junhong Chang and Chief Economist Dr Hoe Ee Khor participated in several policy meetings. Discussions centered on prospects of the economy and the labor market, the government’s efforts to shift towards a new growth model and enhance long-term growth potential, the build-up of household debt and rising housing prices, the spillovers from the global trade tension, and the impact of monetary policy normalization in advanced economies.

“The Korean economy is expected to grow by 2.8 percent in 2018 and 2.7 percent in 2019, broadly in line with its potential,” said Dr Ishikawa. “However, the economy is facing challenges from weaknesses in the labor market and an escalation of the ongoing global trade tension. Thus, the authorities should be ready to use its ample fiscal space to support the economy if it were more adversely affected than expected.”

In the first half of 2018, the economy grew by 2.8 percent, mainly driven by exports of ICT products, private consumption and fiscal spending while employment condition deteriorated reflecting the restructuring in shipbuilding and automotive industries, aging population and rising labor cost. Going forward, growth is expected to moderate slightly. Reflecting soft demand pressure and reduced public service prices, headline inflation is expected to settle at 1.5 percent in 2018 before rising to 1.9 percent in 2019, below the Bank of Korea (BOK)’s inflation target.

A sharper growth slowdown in China and an escalation of global trade tension would pose downside risks to Korea’s open economy. A faster-than-expected pace of monetary policy normalization in the U.S. could also heighten the volatility in Korea’s financial markets. On the domestic front, risks stem mainly from high household debt and rising housing prices in certain districts. Over the medium to long term, Korea’s potential growth will face challenges of aging population and declining competitiveness in non-ICT industries. 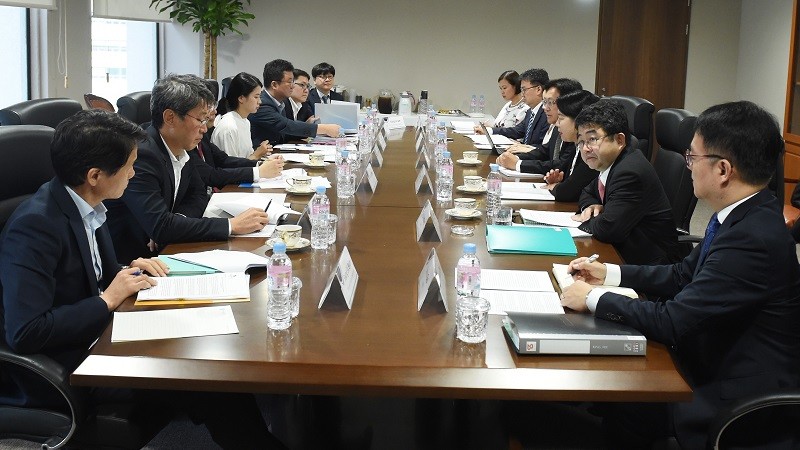 The authorities’ efforts to shift towards a new growth paradigm are expected to address the structural issues of the economy. The initiative to enhance households’ living standard is commendable but should be complemented by growth-oriented policies and expanding social safety nets. In addition, ongoing efforts to promote innovation-led growth and fair competition should be expedited. Meanwhile, structural reforms in the non-ICT industries and the services sector should be accelerated to enhance productivity and create more quality jobs.

The active use of fiscal policy to pursue inclusive and innovation-led growth is commendable. The job creation policy should be implemented, while maintaining fiscal sustainability. Fiscal spending should be allocated to enhance sustainable growth, such as education support for lower-income households, vocational training for the unemployed and unskilled labor, R&D to improve productivity of SMEs and start-up firms, and moving the services sector up the value chain.

The current accommodative monetary policy stance should be maintained in order to support economic growth and in consideration of subdued inflation. The Korean economy also faces challenges from a weak labor market and downside risks from the escalation of global trade tensions. Meanwhile, headline inflation is expected to be lower than the BOK’s target due to soft demand pressures and reduced public service prices.

A series of tighter regulations has largely contained the build-up of household debt and housing prices, although pockets of risk remain and warrant close monitoring. The full implementation of the debt-service-ratio (DSR) framework is expected to safeguard financial stability. Given the recent adjustment in property-related taxes and efforts to increase housing supply, the mission commends the government’s continuing and timely efforts to stabilize the housing market. However, a surge in housing prices in Seoul Metropolitan continues to warrant vigilance.

The mission would like to express its appreciation to the Korean authorities and other counterparts for their assistance and warm hospitality. The consultation visit has deepened AMRO’s understanding of Korea’s current macroeconomic and financial situation as well as ongoing efforts to address the risks, vulnerabilities and challenges confronting the economy.