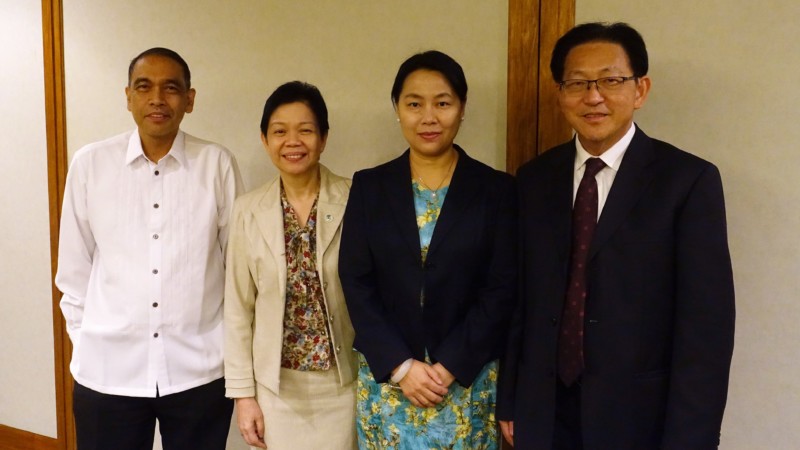 SINGAPORE, October 9, 2017 – The Philippines’ economic growth is expected to moderate in 2017 before picking up in 2018, while inflation is likely to remain within the target range. This is according to the preliminary assessment by the ASEAN+3 Macroeconomic Research Office (AMRO) after its Annual Consultation Visit to the country from 19–27 September 2017. Discussions centered on the risks to macroeconomic and financial stability, progress and challenges of the government’s infrastructure push and pending fiscal reforms, and risk pockets that could dampen growth prospects.

“The Philippine economy is expected to grow by 6.6 percent this year before quickening to 6.8 percent in 2018 as public sector infrastructure spending gains pace while domestic consumption and exports remain buoyant,” said Dr Ishikawa. “To support the infrastructure program and enhance growth potential, mobilizing sufficient revenue via tax reforms is essential.” 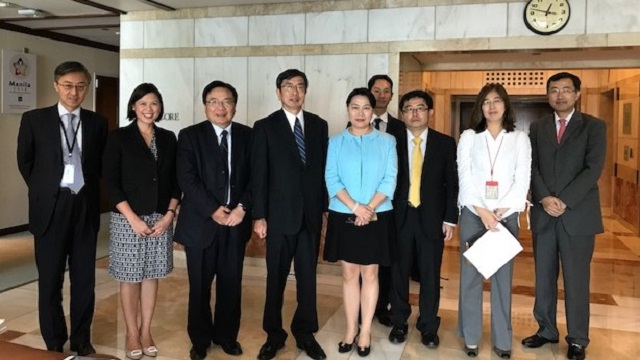 After the boost from elections‑related spending in 2016, the pace of economic expansion moderated to 6.4 percent in the first half of 2017 as fixed investment decelerated. Private consumption growth also slowed but nonetheless remained robust, supported by gains in employment and sustained remittance inflows. Government disbursement was weak in the first quarter, but improved in the second quarter to guide public spending higher. The trade deficit eased in the first half of 2017 as exports outpaced imports for the first time since the first quarter of 2015. Both private consumption and exports are expected to remain buoyant going forward, while hurdles to budget execution are also gradually being overcome.

Inflation has climbed to within the 2–4 percent of the government’s target range on higher food and oil prices and is expected to settle slightly above the midpoint through 2018. Risks to the inflation outlook are tilted to the upside arising from the transitory impact of the fiscal reform program and the pending petitions for adjustments in electricity rates. While upside risks to the inflation outlook are mostly supply-driven, monetary policy should remain vigilant against possible demand pressures with the economy growing robustly and credit expanding rapidly, and against the potential second-round impact of the tax reform on inflation.

The economy continues to have sound macro fundamentals, which should make it less vulnerable to shocks. However, AMRO notes that failure to accelerate infrastructure investments through the “Build, Build, Build” program owing to, among others, absorptive capacity constraints of the government and private sector participants could dampen investment activity and undermine growth prospects. A delay in infrastructure projects execution also risks having the additional revenues from the comprehensive tax reform program being diverted to other expenditure items with little growth potential. On the other hand, as the infrastructure program gains traction, it may lead to a widening of the current account deficit in the medium term, which could in turn put strong depreciation pressures on the peso. Likewise, brisk fiscal spending adding to an already buoyant domestic demand, rapid credit growth, and rising inflation could give rise to overheating pressures in the near term, although this risk may diminish over the medium term as the economy’s productive capacity improves. Overall, the ‘Build, Build, Build’ program should be implemented with a view to boosting growth while keeping the current account and fiscal deficits at moderate levels.

Importantly, AMRO stresses that the ‘Build, Build, Build’ initiative should be complemented with the timely implementation of the comprehensive tax reform program in order to mobilize the revenue for greater infrastructure spending. Against the risk of a growing external imbalance, the Bangko Sentral ng Pilipinas (BSP) should continue its flexible exchange rate policy as a buffer against external shocks. Reforms to improve the country’s business climate and stimulate investments across sectors are also urgently needed. These measures stand to crowd-in private investments and create more employment opportunities for the country’s young, large, and growing labor force, in turn raising the economy’s productive capacity. Capacity for disaster preparedness and resilience would also have to be further strengthened given the country’s high exposure to natural disasters.

AMRO would like to express our appreciation to the Philippine authorities for their continued strong support for AMRO. The consultation visit has deepened AMRO’s knowledge of the country’s economic and political situation, as well as further strengthened bilateral relationship with the authorities.