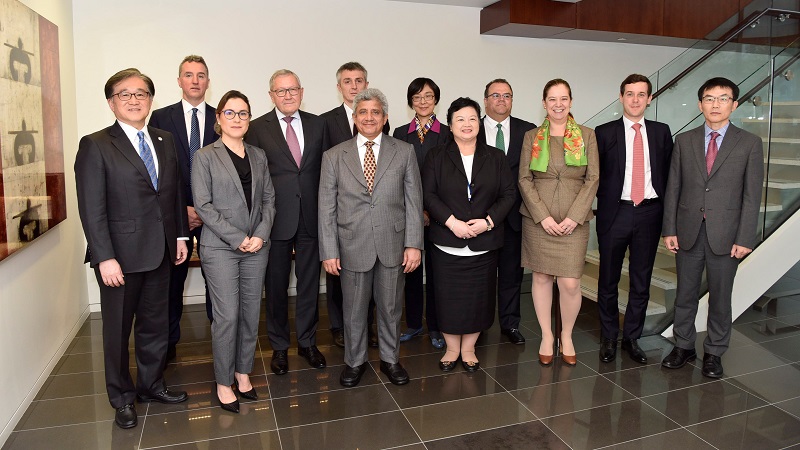 Heads of regional financing arrangements around the world and representative from the International Monetary Fund pose for a family photos at the forth high-level dialogue.

WASHINGTON, DC, October 16, 2019 – Regional Financing Arrangements (RFAs) from across the world held their fourth Annual High-level Dialogue today to exchange views on policy issues related to strengthening the Global Financial Safety Net (GFSN). The heads of RFAs focused their discussions on the collaboration between their institutions and the International Monetary Fund (IMF) in a number of policy areas such as macroeconomic surveillance, and co-financed financial assistance.

RFAs are mechanisms through which groups of countries mutually pledge financial support to their member economies experiencing financial difficulties in their regions. Together they serve as the regional line of defence in the GFSN. The meeting in Washington was organized by the ASEAN+3 Macroeconomic Research Office (AMRO), European Stability Mechanism (ESM), and the Latin American Reserve Fund (FLAR). 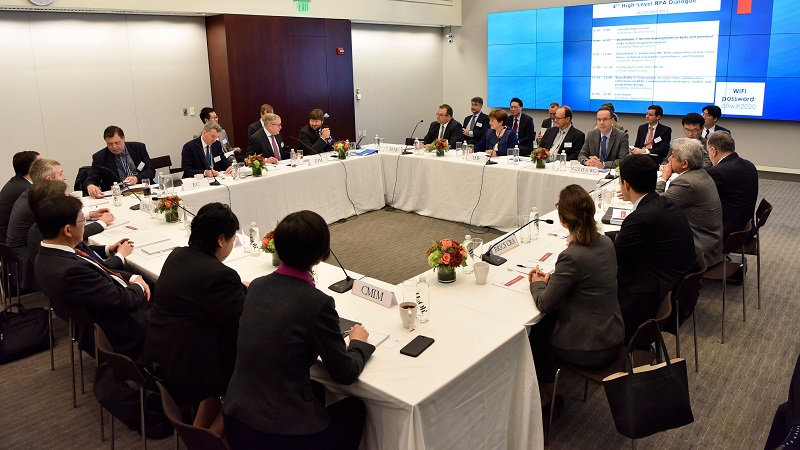 The heads of RFAs focus their discussions on the collaboration between their institutions and the International Monetary Fund (IMF) in a number of policy areas such as macroeconomic surveillance, and co-financed financial assistance.

“The Annual High-level Dialogue is an excellent opportunity to deepen existing ties among RFAs and enhance our cooperation with the IMF. This is especially important at a time when new risks are emerging, which raises the need for effective knowledge and information sharing by our institutions. I welcome in particular the decision to further develop analytical tools for macroeconomic surveillance, and to seek complementarity in lending toolkits and policies between the IMF and an RFA,” said Klaus Regling, ESM Managing Director.

“Over the past year, several risks affecting global macroeconomic and financial stability have emerged within a context of high indebtedness and volatility in the financial markets. In an interconnected world, this has implied a greater exposure for emerging and developing economies to stress episodes. Hence, this dialogue is convenient to share experiences and coordinate actions which may contribute to strengthen the GFSN, as well as the institutional capacity in each region to prevent and respond to crisis episodes, drawing from the cooperation between the IMF and the RFAs,” said  Carlos Giraldo, Chief Economist of Latin American Reserve Fund (FLAR), on behalf of José Darío Uribe, Executive President. 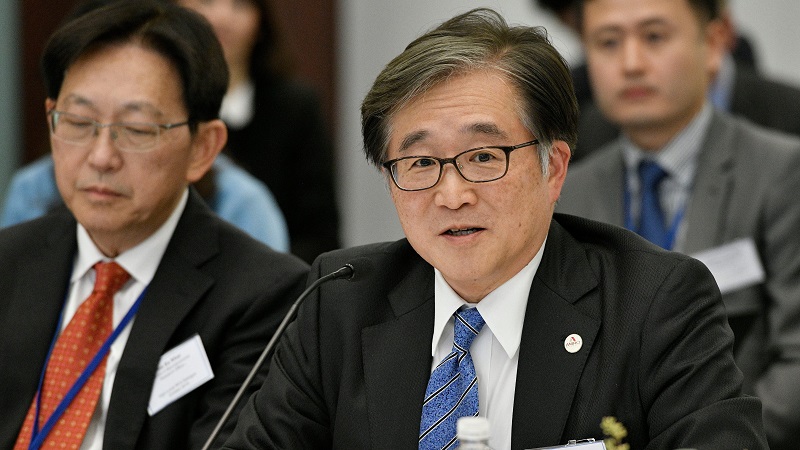 “Since the inauguration of this annual dialogue among RFAs in 2016, there has been significant institutional progress in strengthening collaboration among RFAs and between RFAs and the IMF,” said Mr Toshinori Doi, Director of AMRO.  “Given growing global uncertainties, it is imperative for us to continue enhancing these ties and leveraging on each other’s resources and expertise towards our common goal of securing global and regional economic and financial stability. Such dialogue will also contribute towards creating a more robust GFSN.”

At the meeting today, it was noted that several RFAs have enhanced their institutional capacity and structures through significant reforms.  All RFAs expressed their desire to strengthen the communication channels with the IMF, especially in crisis times. They also highlighted the important role that RFAs play in complementing IMF surveillance during peacetime, given their comparative advantage in terms of better information access and local knowledge and customised analytical framework. The discussions were based on staff inputs on IMF-RFA collaboration in six areas, covering training and capacity building, technical assistance, macroeconomic surveillance, communication strategies, lending toolkits and policies, and conditionality design.

In addition to the three organizing institutions, the meeting was also attended by representatives of the Arab Monetary Fund, the BRICS Contingent Reserve Arrangement, the Eurasian Fund for Stabilization and Development, the European Commission, and the G20 International Financial Architecture Working Group. Ms. Kristalina Georgieva, IMF Managing Director, also participated in the seminar where she made a short intervention and exchanged views with the heads of RFAs.