Jinho Choi is a Senior Specialist and Deputy Group Head at AMRO, and Kimi Xu Jiang is an Economist at AMRO. 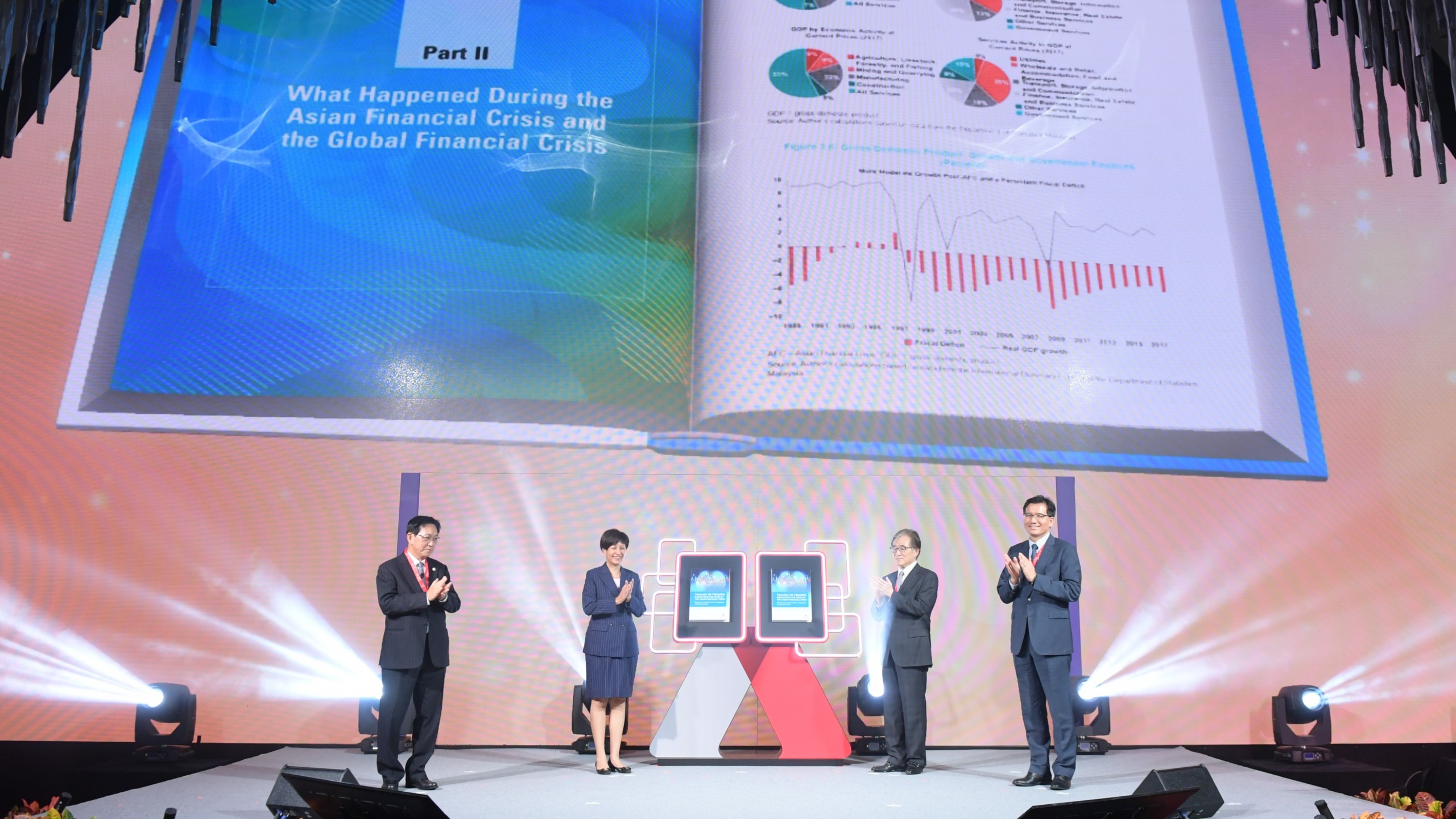 Looking back into history to trace the origin of the ASEAN+3 Macroeconomic Research Office (AMRO) has been a long but exciting journey. When we were asked to join AMRO’s History Book Project team, neither of us imagined the depth and breadth that our roles would encompass. Over the last two and-a-half years, we have been involved not just with every aspect needed to publish the book — right down to paper type and weight — but also promotional activities such as how best to launch the book and the timing of the release.

AMRO turns 10 this year, and the subject of our book is the Asian financial crisis of 1997-1998: the provenance for closer financial cooperation among ASEAN+3 economies (the 10 ASEAN economies plus China; Hong Kong, China; Japan and Korea).

The crisis was also the genesis of AMRO, with AMRO’s primary mandates being threefold:

First, to detect early the risks and vulnerabilities of the 14 member economies and provide policy advice to address the risks.

Third, to provide technical assistance to members to strengthen their capacity for economic analysis.

The Asian financial crisis also demonstrated how quickly the affected economies were able to recover and to do so beyond the expectations of most experts and international organizations. Specifically, the affected economies took the bitter medicines of economic and financial adjustments, including tight monetary and fiscal policies, bank restructuring, structural reforms, and strengthening of regulatory frameworks.

The crisis underscored the indiscriminate and virulent nature of contagion which can spread like wildfire across the region. This realization provided the impetus for policy makers in the ASEAN+3 region to come together to establish the Chiangmai Initiative, a loose network of bilateral swaps between central banks to provide emergency liquidity support to each other.

In May 2009, in the aftermath of the global financial crisis when the region was hit by massive liquidity shock, ASEAN+3 policy makers decided to establish the CMIM as a regional financial safety net by multilateralizing the bilateral swap arrangements between the central banks.  They also agreed to set up an independent regional surveillance unit to monitor and analyze ASEAN+3 economies and support decision-making for the region’s financial safety net. AMRO was initially set-up in Singapore as a company limited by guarantee in April 2011 and was officially converted into an international organization in February 2016.

The region’s economic fundamentals have been significantly strengthened because of the lessons learned from the Asian financial crisis. Both fiscal management and monetary policy frameworks were enhanced to instill market confidence. Current account balances were in surplus and sizable foreign exchange reserves were accumulated for precautionary purposes. In addition, financial regulatory frameworks were strengthened and commercial banks built up higher capital buffers and better risk management capability. Because of monetary and fiscal space built up in the aftermath of the crisis of 1997-1998, ASEAN+3 authorities were able to adopt expansionary stimulus programs 10 years later to support their economies, during the global financial crisis of 2008-2009.

While the global financial crisis affected ASEAN+3 economies less adversely when compared with the Asian financial crisis, the contagion, capital outflows, and US dollar liquidity crunch served as another rude wake up call, prompting policymakers to further strengthen their resolve to enhance international and regional cooperation.

As we navigate through the current COVID-19 pandemic, we see evidence yet again of ASEAN+3 resilience, thanks to the accumulation of policy buffers and foreign reserves.

Many books have been written about the Asian financial crisis because of the devastation that it caused in the ASEAN+3 region and the fact that even seemingly robust economies were severely affected. AMRO’s new book is the first of its kind to compile comprehensive recollections of the major players during the two crises; serving as oral history to the turning point that led governments in the region to work more closely together to resolve the region’s financial difficulties themselves.

We would like to express our gratitude to the policymakers who provided the crucial firsthand accounts: the central bankers, ministry of finance officials and senior staff of international organizations who worked bravely and tirelessly during the Asian financial crisis, and to outstanding researchers and specialists who presented thought-provoking new studies and insights into the Asian financial crisis.

We would also like to thank the three editors of the book, Hoe Ee Khor, Diwa C. Guinigundo, and Masahiro Kawai, our fellow members in the AMRO History Book team led by Jae Young Lee, and two historians, Freddy Orchard and Guanie Lim. AMRO’s Senior Management and staff from various groups merit special thanks for their guidance and support in this multi-year project. Without them, there would be no unique oral record of the vital lessons that continue to remain relevant almost a quarter of a century later.