This is the first of two blog posts examining the economic impact of the COVID-19 epidemic on the ASEAN+3 region. The second part focuses on the impact on regional economies. 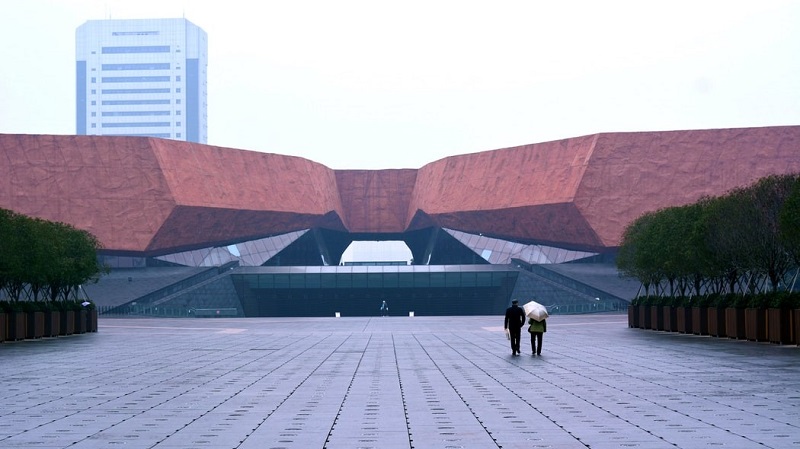 Two people walk in the city center of Wuhan, the epicenter of the COVID-19 outbreak in China. Photo: Laurentiu Morariu on Unsplash.

The recent outbreak of a novel coronavirus (COVID-19) in Hubei province, China, is expected to have a marked impact on China’s economy. What will be the likely channels and size of impact on the Chinese economy? This, of course, depends on the duration and severity of the outbreak, which is still unknown. To better understand some of the underlying issues and assess the impact, we have compared recent developments to those of the severe acute respiratory syndrome (SARS) epidemic in 2002/03, though the Chinese economy is very different now than in 2003, and the two epidemics are not necessarily comparable in terms of their contagiousness and efforts to contain them.

The main episode of the SARS epidemic lasted around four months in early 2003. Infecting just over 8,000 people globally, SARS appeared to be much less contagious. However, it had a higher fatality rate, of around 10 percent of those infected, compared to only 2 percent so far for COVID-19. Most of the cases were registered in China (including Hong Kong), but some also spread around the globe—similar to the current outbreak.

In China, the SARS outbreak affected both the manufacturing and services sector, with growth in both falling by about 2 percentage points between the first and second quarters in 2003. Within the services sector, labor intensive industries that required face-to-face interactions, such as transportation, accommodation, catering and financial services, were particularly hard hit. When the epidemic eventually slowed down, companies found ways to make up for most of the lost sales when demand bounced back, and the manufacturing sector rebounded strongly. The recovery of the services sector was more gradual as it took time for demand for many services, such as travel and tourism, to resume.

Based on our assessment in a recent note entitled “The Impact of the Coronavirus Epidemic on the ASEAN+3 Economies,” China’s economy is expected to slow down markedly in the near term before recovering later this year. Fear of infection and attempts to limit contagion have led to disruptions to manufacturing and the provision of most services. The epidemic is also expected to hit China’s health system, employment, and many other aspects of the economy. Policy measures such as the lockdown of entire cities to limit the spread of the infection are unprecedented, and the COVID-19 epidemic has hit the most developed regions in China, home to important industries and much of China’s purchasing power..

The Chinese economy is at a very different stage now compared to 2003. China’s economy has been slowing in line with its higher level of development, and the external environment has been weaker. The services sector—which is experiencing significant disruptions right now—has become more important, accounting for more than half of China’s GDP today. On a positive note, online economic activities—e-commerce, online gaming, streaming, education and other entertainment which could be done even under quarantine—could help cushion the services sector.

All in all, we estimate that China’s GDP growth in 2020 could be lowered by as much as 0.5 percentage point. A short-lived but sharp slowdown is anticipated for the first quarter of 2020, in both the manufacturing and services sectors. The manufacturing sector is likely to rebound strongly as companies find ways to make up for most of the lost production subsequently—for the entire year, we estimate a -0.15 percentage point reduction in growth attributable to the manufacturing sector. In the services sector, firms would have limited capacity to make up for the lost business days and fear of contagion might linger around for longer, so its rebound to pre-epidemic levels would likely be more gradual—resulting in a -0.35 percentage point reduction to total growth, which is slightly larger than during the SARS outbreak. These estimates already take into account the supporting economic policy measures the Chinese authorities have implemented, including temporary financial support to affected sectors. If the epidemic becomes protracted, more measures may be needed to maintain public confidence and support the economy.