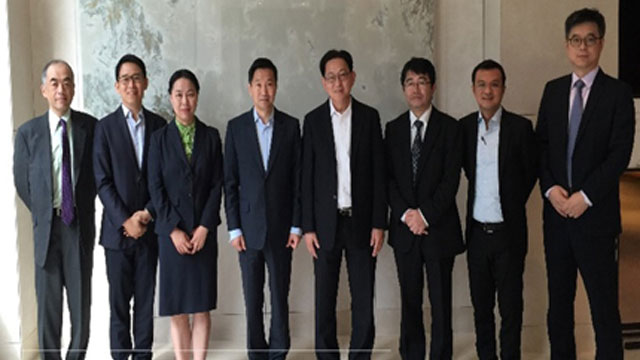 During the visit, AMRO staff had a series of meetings with the public sector, including the Ministry of Strategy and Finance of Korea, the Bank of Korea, as well as the private sector banks, think-tanks and academia. During the meetings, AMRO staff discussed a wide range of issues regarding the Korean economy, including its current economic and inflation outlook, risks and vulnerabilities, and longer term growth prospect and challenges. The discussion also focused on appropriateness of policy measures, including the stance of fiscal and monetary policies, pace of financial and structural reforms. The mission team presented its preliminary assessment to the authorities and a final report would be prepared when the mission team returns to Singapore.

AMRO would like to thank the Korean authorities for their kind hospitality, and for assisting the mission team in arranging the meetings. The visit to Korea has further strengthened bilateral relationship with the Korean authorities, as well as deepened our understanding on the macroeconomic and financial situation in Korea.