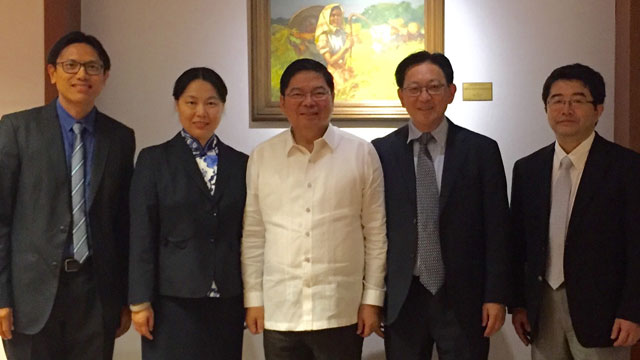 During the visit, AMRO staff had fruitful exchanges of views with executives and economists in the central bank and governmental agencies, financial and non-financial sectors, international organizations, think-tanks and academia on the prospect of sustainable growth, risks to macroeconomic and financial stability, appropriateness of policy measures, including the stance of fiscal and monetary policies, and path of structural reforms. AMRO Director Dr Junhong Chang also made a courtesy call on BSP Governor Amando M. Tetangco, Jr.

The mission team presented its preliminary assessment and outlook to the authorities, and a final report would be prepared when the mission team returns to Singapore. In its preliminary assessment, the economy is forecast to strengthen this year, growing at 6.8 percent, driven by increased household consumption growth, improved government budget execution, and faster implementation of infrastructure projects. The authorities plan to expand public infrastructure outlays to at least 5 percent of GDP in 2019. In this regard, AMRO supports the increase in the fiscal deficit ceiling from 2 to 3 percent of GDP and the authorities’ revenue enhancing measures to be included in the comprehensive tax reform plan.

AMRO would like to express our appreciation to the Philippines’ authorities for their continued strong support for AMRO. The consultation visit has further strengthened bilateral relationship with the authorities, as well as deepened our understanding on the economic situation in the country.