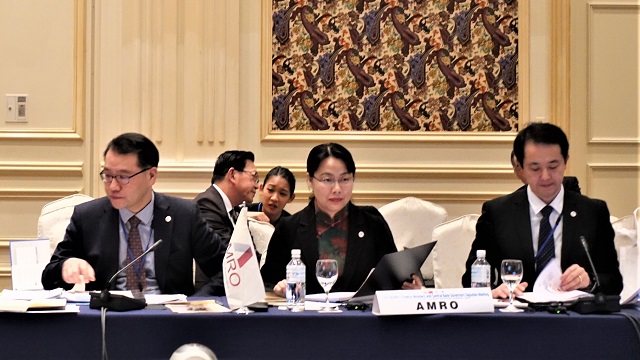 AMRO Senior Management team reports to the Executive Committee (EC) on AMRO’s Organizational Plan for 2018 and several important policy papers at the EC’s Meeting on December 12, 2017, in Asahikawa, Japan.

As the international organization supporting the implementation of Chiang Mai Initiative Multilateralisation (CMIM), AMRO also participated in and provided inputs to the discussion on CMIM-related issues at the ASEAN+3 Finance and Central Bank Deputies’ Meeting (AFCDM+3), which is generally held in conjunction with the AMRO EC’s meeting. AMRO also made presentations on the global and regional macroeconomic outlook as well as its latest assessments on members’ macroeconomic situations to the ASEAN+3 Deputies at the informal discussion. ASEAN+3 Macroeconomic Research Office (AMRO) was established to contribute to securing the economic and financial stability of the ASEAN+3 region, which include 10 ASEAN countries and China (including Hong Kong), Japan, and Korea. AMRO fulfils its mandate by conducting macroeconomic surveillance, supporting the implementation of the regional financial arrangements, the Chiang Mai Initiative Multilateralisation (CMIM), and providing technical assistance to the members.