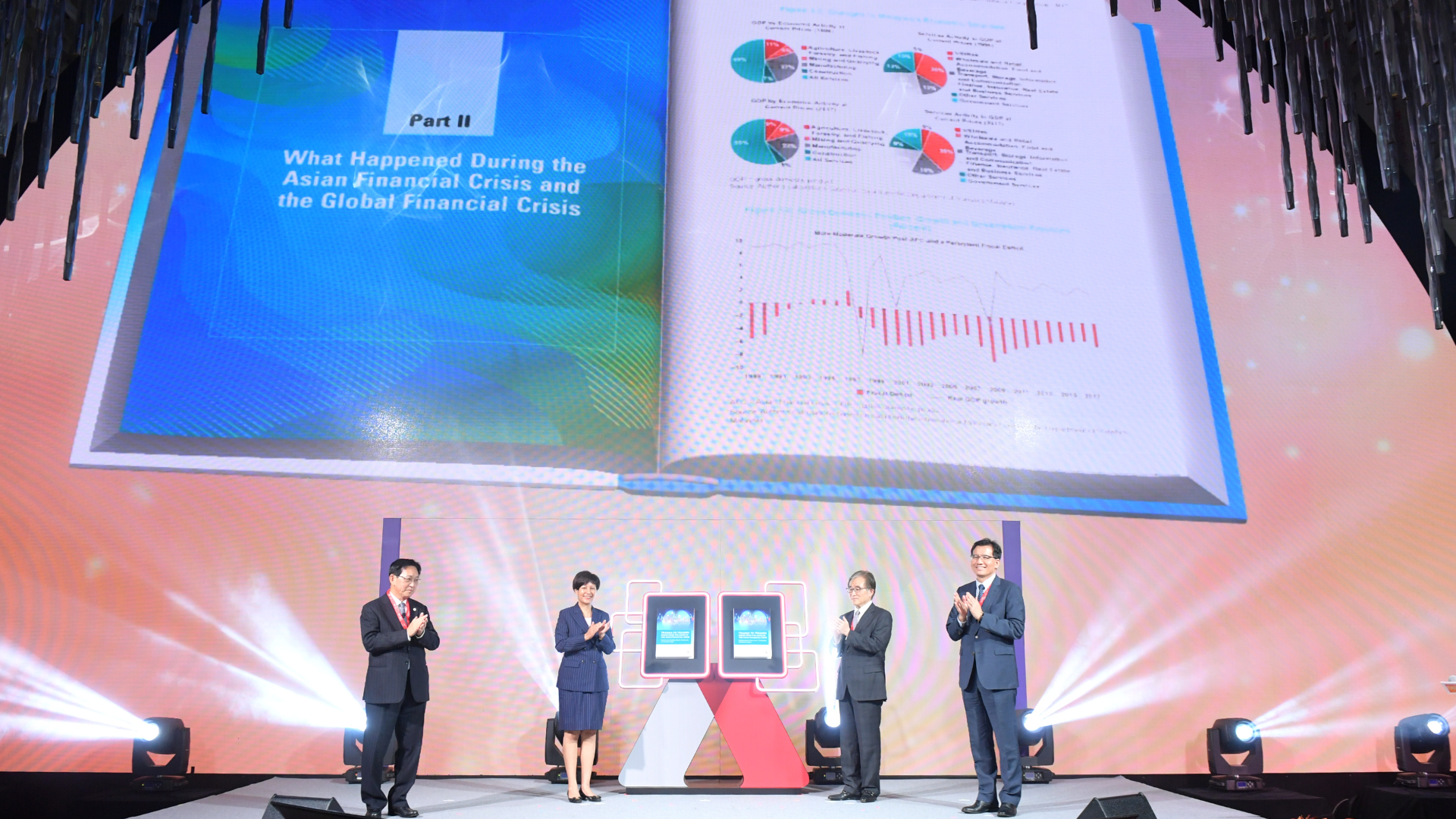 SINGAPORE, December 7, 2021 – The ASEAN+3 Macroeconomic Research Office (AMRO) is celebrating its 10th anniversary today. Established by ASEAN+3 members in 2011, AMRO is tasked with conducting macroeconomic surveillance of its members, supporting the implementation of the Chiang Mai Initiative Multilateralisation (CMIM), and providing technical assistance to members.

The 14 ASEAN+3 member economies consist of the 10 in ASEAN, and China; Hong Kong, China; Japan and Korea.

At the hybrid event, member authorities and partner international organizations — such as the International Monetary Fund (IMF), Asian Development Bank (ADB), and European Stability Mechanism (ESM) — revealed their vision to strengthen the growth and resilience of ASEAN+3 economies through regional cooperation.

“AMRO’s role as the region’s independent and trusted policy advisor has grown over the past decade, supporting member economies through several external shocks, such as the taper tantrum in 2013 and the current COVID-19 pandemic. Over the next decade, the organization’s role will evolve from identifying risks and offering policy advice to member economies to one that is also equipped with specialist capabilities in areas crucial to the region,” said Toshinori Doi, AMRO Director.

“In the past three years, the CMIM Arrangement has seen several major upgrades. The IMF De-linked Portion increased to 40%, a smooth collaboration mechanism with the IMF has been established, and the use of local currency institutionalized. I am proud that the region’s financial safety net is now fully operational. The CMIM has the potential to be more effective by catering to members’ changing needs, and becoming more important to the region,” added Doi.

During the event, AMRO also launched its book titled “Trauma to Triumph—Rising from the Ashes of the Asian Financial Crisis”. The publication is the first of its kind to compile comprehensive firsthand accounts from policymakers during the crisis of 1997-1998, and serves as oral history to the turning point that led governments in the ASEAN+3 region to work more closely together to resolve the region’s financial difficulties themselves.

The ASEAN+3 Macroeconomic Research Office (AMRO) is an international organization established to contribute towards securing macroeconomic and financial stability of the ASEAN+3 region, comprising 10 members of the Association of Southeast Asian Nations (ASEAN) and China; Hong Kong, China; Japan; and Korea. AMRO’s mandate is to conduct macroeconomic surveillance, support the implementation of the regional financial arrangement, the Chiang Mai Initiative Multilateralisation (CMIM), and provide technical assistance to members.