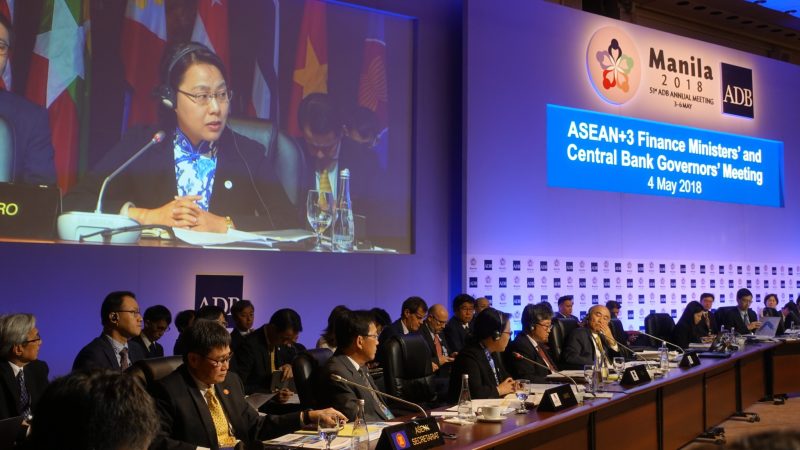 To facilitate discussions on the global and regional economy, AMRO presented to the AFMGM+3 its assessment of the regional economic outlook and the risks facing the region, as well as ways to maintain stability and promote growth over the medium to long term. At the meeting, AMRO also contributed to the discussion on strengthening ASEAN+3 financial cooperation.

On the sidelines of these events, AMRO launched its flagship publication, the ASEAN+3 Regional Economic Outlook (AREO) 2018, which included the region’s economic prospects and a thematic study on “Resilience and Growth in a Changing World”. Together with the Bangko Sentral ng Pilipinas (BSP), AMRO also co-hosted a seminar titled “Asia’s Emergence in the New World Order: Growth, Integration, and Resilience”, which discussed how economies in the ASEAN+3 region can unleash their growth potential to enhance their productivity and continue their path of income convergence to advanced economies.

The ASEAN+3 Macroeconomic Research Office (AMRO) is an international organization, established to contribute to securing the economic and financial stability of the ASEAN+3 region, which includes 10 members of the Association of Southeast Asian Nations (ASEAN) and China; Hong Kong, China; Japan; and Korea. As an international organization, AMRO fulfils its mandate by conducting regional economic surveillance, supporting the implementation of the regional financial arrangements, the Chiang Mai Initiative Multilateralisation (CMIM), and providing technical assistance to its members.