SINGAPORE, March 27, 2020 – The economy of Brunei showed strong signs of recovery in 2019 and growth is expected to strengthen further in 2020, while inflation remained low and turned negative in 2019.

This is according to the preliminary assessment by the ASEAN+3 Macroeconomic Research Office (AMRO) after its Annual Consultation Visit to Brunei from January 8 to 13, 2020.

The mission was led by AMRO’s Lead Economist, Dr Siu Fung Yiu and AMRO Director Mr. Toshinori Doi and Chief Economist Dr. Hoe Ee Khor participated in the key policy meetings. The discussions centered on the prospects of the Brunei economy, challenges ahead and policy responses.

“Brunei’s economy is estimated to grow at 2.8 percent in 2019, driven by a strong recovery in oil and gas production, and strong services sector. Growth in 2020 will expand further to 3.7 percent, boosted by the commencement of Hengyi’s refinery production—a notable result of economic diversification,” said Dr Yiu. “It is important for the authorities to continue their efforts to diversify the economy, strengthen fiscal consolidation, and develop the financial sector further,” he added. 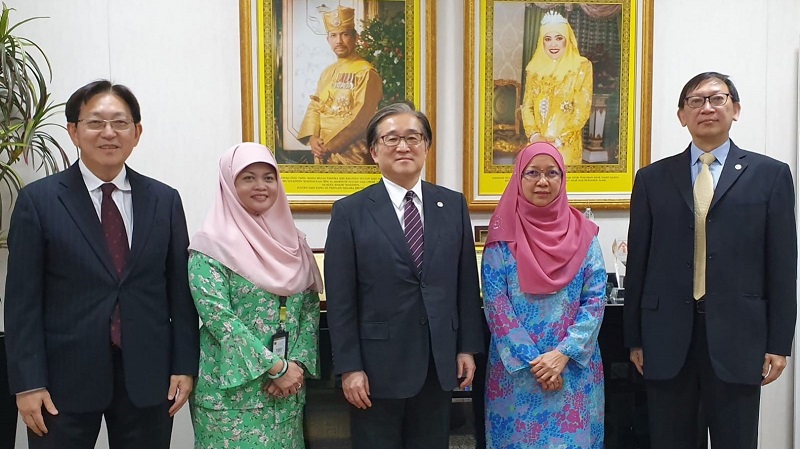 The financial sector remains sound. Banks continue to be well-capitalized and have remained profitable. Regarding asset quality, the non-performing loans ratio came down slightly in the third quarter of 2019.

Brunei has made commendable progress in its efforts to diversify the economy, as evidenced by its success in attracting large oil refinery and other FDI projects. The economy is still heavily reliant on the oil and gas sector. It is critical to further diversify the economy to enhance its growth potential, strengthen its resilience to external shocks, and provide more employment opportunities. In addition, further efforts are needed to strengthen fiscal consolidation by broadening the revenue base and exercising expenditure restraint. The authorities should also develop the financial sector further by promoting digital transformation to foster diversification and support small and medium-sized enterprises.

The mission would like to express its appreciation to the Brunei authorities and other counterparts for their excellent assistance and warm hospitality. This Annual Consultation Visit has deepened AMRO’s understanding of Brunei’s current development and challenges in the macroeconomic and financial situation as well as ongoing efforts and policies to diversify the economy.

[1] The Press Release was prepared based on the information and discussions with the authorities up to the annual consultation visit in the period from 8 to 13 January 2020 and do not include the latest developments related to the impact of the COVID-19 pandemic and the current oil price war.

[2] The fiscal year corresponds to the period from April 1 to March 31.