This blog is derived from the author’s essay published in THINK Digest No. 7: Future-Proofing Our Recovery, a newsletter by the HEAD Foundation. 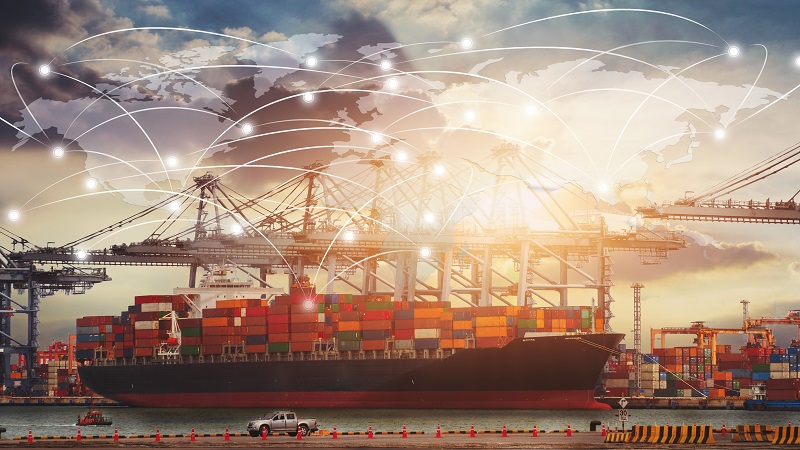 The COVID-19 pandemic has brought about widespread disruptions in global supply chains, with countless companies ceasing operations due to a lack of input. Over the long term, the damage wreaked by the pandemic is expected to change the shape of the global economic ecosystem as businesses are readjusting their strategies to minimize the impact of similar disruptions in the future.

The geography of a firm’s production network is one of the main channels that can expose it to major disruptions. When supplies are concentrated in one or a few countries—either to achieve economies of scale or for specialization, any disruption occurring in the region from which the supplies are sourced can cripple the production line. In the case of the pandemic, disruptions in the form of production shutdown and cross-border travel and shipping restrictions across the world have brought many factories to a standstill.

To reduce potential disruptions from excessive geographic concentration, many businesses have begun to diversify their supplier base, including greater use of domestic suppliers. For example, a study by Matous and Todo found that after the Tohoku earthquake in 2011, a number of automobile manufacturers in Japan have diversified their supplier base, moving away from the traditional “keiretsu” model of long-term relationships with a few tier-1 suppliers.

The diversification strategy is not only applicable to unforeseen shocks but also to those that are ongoing and incremental, as is the case with the US-China trade tension, which has generated a steady flow of relocations and co-locations of production from China to ASEAN and other countries. This strategy has been supported by the Japanese government, which in 2020 announced that it would provide financial support for over 80 Japanese companies to relocate from China back to Japan or to other countries, such as Myanmar, Thailand, and Vietnam, to reduce the manufacturing sector’s dependency on China.

In addition to geographic distribution, the complexity of the supplier network is another key factor that can expose a production line to sudden disruptions. In most cases, a firm is not only connected to its tier-1 suppliers but also to tier-2 and other lower-tier suppliers that provide input for tier-1 suppliers. When a disruption occurs, a firm may find itself caught off-guard by a scarcity of supply to the extent that it does not fully grasp the entire scope of its supplier network. In fact, a study by Elliott, Thomas, and Muhammad found that more than one-third of supply chain disruptions originate from suppliers at the second or lower tiers.

In this regard, many businesses are restructuring their supplier networks to be more horizontal, which can make it easier for them to spot emerging risks from suppliers. Also, having multiple or alternative  tier-1 suppliers is another strategy to prevent overreliance on a particular supplier.

Another vulnerability that can emerge from a firm’s supplier network is the dependence on customized components that are not easily replaceable. While customization may be quality-enhancing in normal times, it poses a challenge during periods of disruption, when customized components cannot be procured on time. To mitigate this risk, the greater use of standardized substitutable parts will be an increasingly important feature of the global economic ecosystem in the future.

The intensity of a firm’s factors of production can also pose challenges in the event of a shock. For example, labor-intensive industries such as apparel and furniture are susceptible to disease-driven disruptions that affect labor, as in the case of the current pandemic. Capital-intensive industries such as semiconductors, on the other hand, are more vulnerable to natural disasters, which can cause significant damage to critical equipment and machinery. For this reason, many manufacturers are now dispersing their production sites to mitigate such risks.

Furthermore, inventory management is one of the channels through which firms are affected by unforeseen disruptions. Largely developed in Japan in the 1960s and 1970s, the concept of “just-in-time” manufacturing in essence features a minimal inventory level in order to reduce inventory costs and wastage. However, this strategy crucially relies on the timely arrival of supplies. When this condition is not satisfied, the assembly line can quickly come to a halt. Going forward, some businesses will likely maintain higher levels of inventory as buffers against disruptions, while others may supplement their lean inventory management with some of the aforementioned strategies.

Ultimately, the ongoing recalibration of supply chain strategies will leave lasting marks on global trade patterns. Some industries may experience an increase in cross-border shipments as firms disperse production sites or add new suppliers to their network. Others may witness a decline in global trade activity as supplier networks are reconfigured to reduce its complexity or to rely more on domestic sources. Perhaps thanks to the disruptions caused by the pandemic, the global economic ecosystem that emerges post-COVID-19 will be more resilient than what we have today.