East Asia: Digital Economy Poised to Be the New Driver of Development

East Asia: Digital Economy Poised to Be the New Driver of Development 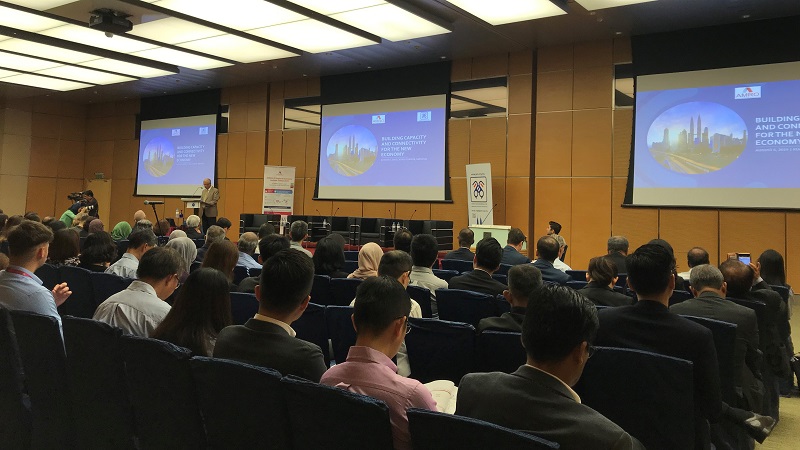 The seminar on “Building Capacity and Connectivity for the New Economy” co-organized by the ASEAN+3 Macroeconomic Research Office (AMRO) and Malaysian Economic Association (MEA) in Kuala Lumpur on August 6, 2019, attracts an audience of 120 participants from the public and private sectors as well the press.

The ASEAN+3 region is eager to adopt new technology and embrace the digital revolution, which will help regional economies progress in their development paths. This was highlighted by a discussion panel at the seminar on “Building Capacity and Connectivity for the New Economy” co-organized by the ASEAN+3 Macroeconomic Research Office (AMRO) and Malaysian Economic Association (MEA) in Kuala Lumpur on August 6, 2019. This seminar is part of AMRO’s outreach program to introduce key findings of its flagship report, the ASEAN+3 Regional Economic Outlook (AREO) 2019, which was published in early May. It attracted an audience of 120 participants from both the public and private sectors, and the media.

In his opening remarks, Tan Sri Dato Mohd Sheriff Mohd Kassim, Former President of MEA, noted that given the region’s infrastructure, education/training gap, as well as institutional reform needs, it is essential for regional integration to be accelerated, not only in the areas of trade and investment, but also movement of people. 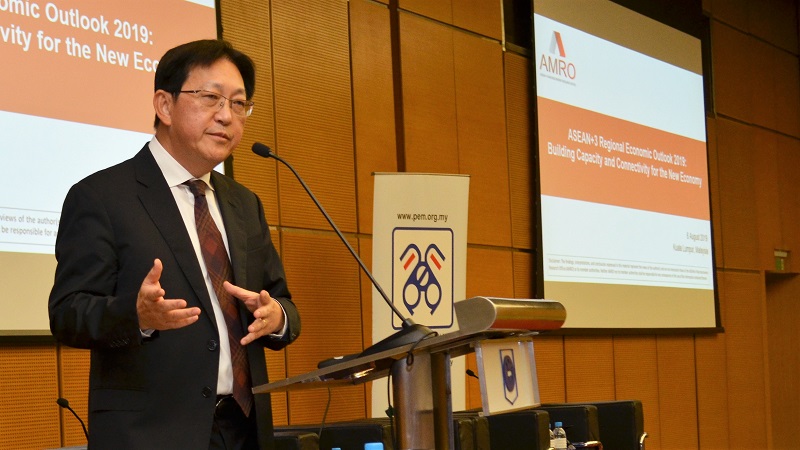 In his keynote presentation, Dr Khor Hoe Ee, AMRO Chief Economist, highlighted that according to AMRO’s global risk map, major risks on the horizon include the re-escalation of global trade tensions, a sharp slowdown in China’s growth, large swings in asset prices from global monetary policy shifts, a sharp deceleration in growth of major economies, and rising geopolitical tensions. Among these, the biggest risk is the escalation in global trade tension. Taking these risks into consideration, AMRO has shaded down the regional growth from 5.1 percent in early May to below 5 percent for 2019–2020. For Malaysia, the estimated growth outlook of around 4.5 percent in 2019-2020 is still relatively strong.

On the theme of building capacity and connectivity for the new economy, Dr Khor highlighted three key drivers, namely the 4th Industrial Revolution (4IR), maturing populations and a rapidly growing middle-class, as well as regional integration led by growing regional affluence and final demand. However, the region needs to address three key gaps, which are funding, foreign exchange and factors gaps. To bridge these gaps, the region should leverage on intra-ASEAN+3 investment, and strengthen the regional financial safety net, while developing professional expertise, technology, and institutions. 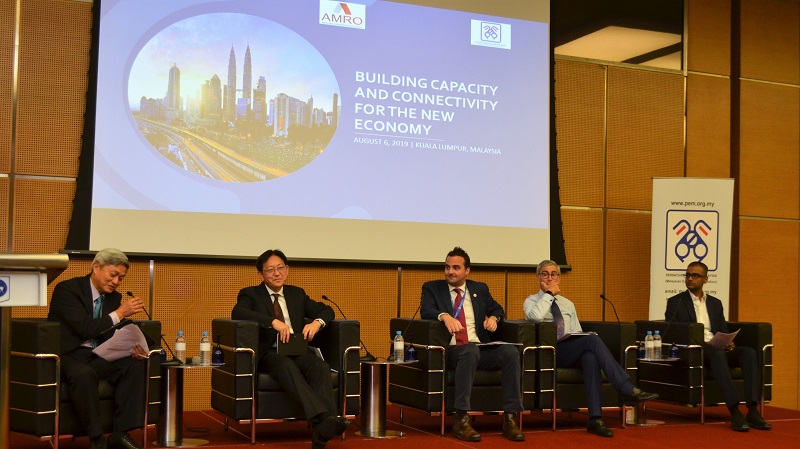 Dr Record agreed with AMRO’s assessment that a growth of around 4.6 percent for Malaysia is quite respectable, although the risk factors weighing on growth have clearly increased.

Responding to a question on the outlook of major currencies, Dr Hanna was of the view that most currencies are moving in tandem with one another. The expectations of  Fed rate policy have helped keep the US dollar strong. The near term outlook for the Japanese yen is expected to be strong, while on the contrary, the Euro will continue to underperform given the volatile Brexit situation. The renmimbi would stay weak only at the margin, given that if the authorities allow the currency to slip too much, there could be capital outflows.

Turning to building a digital economy, Dr Record cited the World Bank’s Digital Adoption Index, in which Malaysia’s overall score is among the top-tier countries. However, businesses in Malaysia have adopted digital technologies less readily than the government and population, and well below expectation. He pointed out that to ensure that growth in the digital economy is broad-based and sustainable, the country needs to prepare the workforce with the right skills and import talents from outside as and when needed, improve access and affordability of broadband services, and enhance digital entrepreneurship to spur economic growth and job creation.

At the regional level, Dr Khor noted that the region is a leading hub for e-commerce and fintech. Embracing the new economy means that regional economies would have to embrace the digital revolution, which will transform the way we buy and pay for services.

On the issue for start-up financing, Mr Rajan shared that the difficulty confronting IT startup companies during the initial stage is not on the financing side, but the real challenge is putting together a team that has the relevant know-how, especially in managing the cashflow.

The panel also agreed that Malaysia has a good pool of talents, but it is important to create the whole ecosystem in order for industries to flourish. While Malaysia has done well in terms of skill levels in comparison with peers in the middle income group, it has to catch up with the high income group.