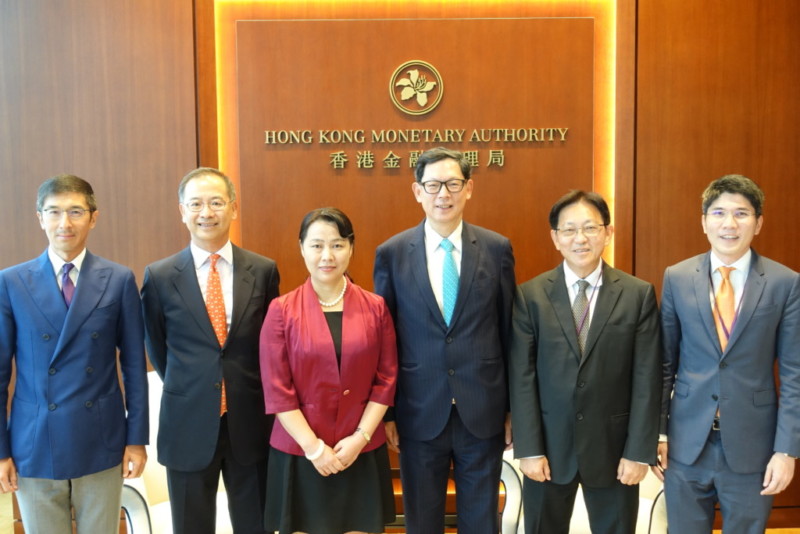 Singapore, August 16, 2018 – The Hong Kong[1] economy grew strongly in the first half of 2018 on the back of robust exports and buoyant private consumption, but external headwinds are intensifying from the China-US trade conflict. This is according to the preliminary assessment by the ASEAN+3 Macroeconomic Research Office (AMRO) after its Annual Consultation Visit to the economy from August 6 to 10, 2018.

The mission was led by Lead Economist Dr Chaipat Poonpatpibul, while AMRO Director Dr Junhong Chang and Chief Economist Dr Hoe Ee Khor participated in the policy meetings. Discussions centered on prospects of the property and labor markets, the spillovers from the China-US trade conflict and the Fed rate hikes, as well as policy initiatives to encourage innovation and technology, overcoming supply-side constraints and enhancing long-term growth potential, such as the Greater Bay Area development, the Belt and Road Initiative and Fintech.

“The Hong Kong economy is expected to grow at 3.8 percent in 2018 and to moderate to 3.0 percent in 2019,” said Dr Poonpatpibul. “However, the economy is highly open and susceptible to the spillover effects of an escalation of the ongoing China-US trade conflict and a faster-than-expected Fed rate hikes.  The authorities should remain vigilant and be ready to use its ample fiscal space to support the economy if the external environment were to worsen.”

In the first half of 2018, the economy grew strongly by 4.0 percent, mainly driven by consumption and exports, but growth is expected to moderate somewhat in the second half of the year. Inflation is likely to increase to 2.4 percent in 2018 due to strong demand and the tight labor markets.

Private consumption has been buoyant on the back of the favourable labor market and income conditions and asset price appreciation. A pick-up in exports of goods and services was broad-based and boosted by a sharp rise in inbound tourism.

Residential property prices have been rising sharply in the first half of 2018, especially for smaller units, partly reflecting strong demand and limited supply. A rapid hike in US interest rates could increase the debt-servicing burdens for some households, especially for the new borrowers. We commend the policies announced by the authorities to address the strong demand for housing by increasing the supply of subsidised housing units and enhancing affordability of these units, as well as encouraging more timely supply of first-hand private flats.

In case that the economy is more adversely affected by worsening external conditions, the government has ample fiscal buffers and can deploy additional fiscal measures to support growth. These measures can be undertaken through higher public investments and financial support to the lower-income groups. Meanwhile, efforts to employ fiscal resources to enhance growth potential and cope with aging population are commendable

Hong Kong should continue to play an important role in facilitating China’s further opening-up and reform. As an international financial centre and a gateway for trade and investment, Hong Kong should strive to be the Belt and Road Initiative hub for bringing together different stakeholders including multilateral development banks, investors and project developers, etc, and arranging the investment and financing for the projects. Hong Kong can also contribute to RMB internationalization and Chinese financial market liberalization by leveraging on its financial and professional expertise.

The mission team would like to express its appreciation to the Hong Kong authorities and other counterparts for their excellent assistance and hospitality. The consultation visit has deepened AMRO’s understanding of Hong Kong’s current macroeconomic and financial situations, major risks and their potential impact, macroeconomic policy, as well as structural policy efforts.