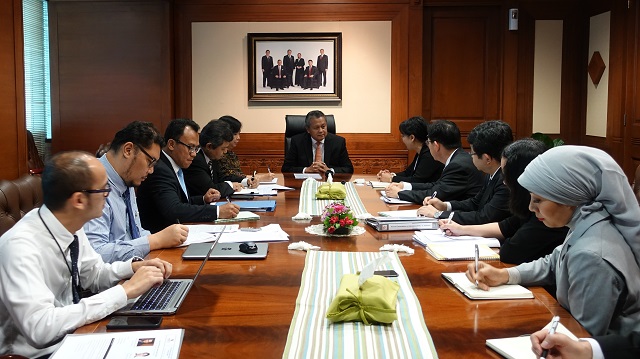 SINGAPORE, June 11, 2018 – Indonesia’s economy is expected to continue its gradual recovery trajectory in 2018, according to the preliminary assessment by the ASEAN+3 Macroeconomic Research Office (AMRO) after its Annual Consultation Visit to the country from May 28 to  June 7, 2018.

“Indonesia’s economic fundamentals have strengthened in recent years, supported by the conduct of an appropriate policy mix. Real GDP grew at 5.1 percent in 2017, and is expected to grow at 5.2 percent in 2018, while inflation has remained anchored and stability maintained”, said Dr. Ishikawa. “As external risks emanating from tighter global financial conditions and uncertainty over global trade policies have risen, continuous calibration of the policy mix by the Government, Bank Indonesia, and Otoritas Jasa Keuangan (Financial Services Authority of Indonesia) has been effective and will remain essential in maintaining stability while preserving growth momentum.”

Real GDP growth is projected to pick up to 5.2 percent in 2018, in line with the authorities’ expectation of 5.1-5.5 percent, with continued support from investment while household consumption is boosted by higher real wages and increased social assistance. Inflation is expected to remain within the target band of 3.5±1 percent, as the impact of rising global oil prices would be mitigated by the authorities’ measures to control inflation. 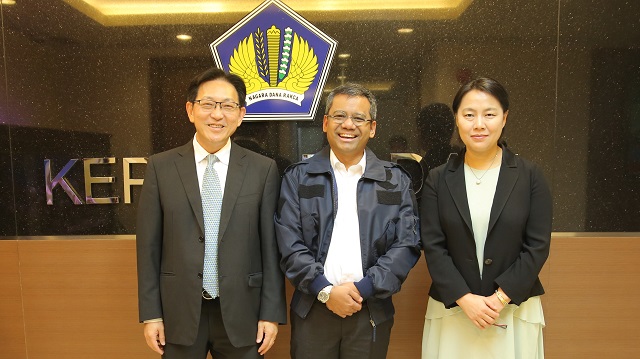 Rebounding exports and robust capital inflows strengthened the overall balance of payment and supported the accumulation of official foreign reserves to USD130.2 billion in 2017. The external position came under pressure in early 2018 amid capital flow reversal that reflected investor aversion towards emerging markets. The trade surplus also narrowed on higher oil prices and strong investment-related imports. To minimize excessive volatility in the rupiah exchange rate, Bank Indonesia (BI) intervened in the markets, resulting in a decline in official foreign reserves, which however remains adequate at USD124.9 billion at end-April 2018.

In response to rising external risks, BI raised its policy rates twice in May 2018 by a total of 50 basis points, the second time in an additional Monetary Policy meeting on 30 May. BI signaled its intention to ease macroprudential policy and continue with financial market deepening, to preserve growth momentum. Financial markets have responded positively to this pre-emptive, ahead-of-the-curve, and front-loading policy action. AMRO welcomes the authorities’ priority toward stability and their readiness to consider further pre-emptive measures should risks to stability continue to build up.

The banking sector has maintained strong capital buffer with improved asset quality and sustained profitability. Domestic credit has picked up since early 2018, led by working capital and consumption loans. While investment loans remain subdued, firms have increasingly tapped into domestic and overseas capital markets for medium- and long-term financing.

The fiscal deficit is expected to narrow to 2.2 percent of GDP in 2018, reflecting an improvement in revenue. Budget realization in the first four months of 2018 suggests revenue strengthened and budget deficit narrowed. Fiscal policies have focused on maintaining stability, aiming to promote medium- and long-term growth prospects and build up cushions against external shocks. A commendable draft of 2019 Macro-Fiscal Framework and Medium-Term Fiscal Objectives for 2020-2022, which seeks to strengthen the fiscal position with revenue-enhancing measures and continued prioritization of expenditure towards infrastructure investment, has been submitted to the Parliament for approval.

A series of economic policy packages to strengthen the investment climate and enhance competitiveness have contributed to Indonesia’s recent improvements in the Ease of Doing Business ranking and sovereign rating upgrades, including the latest action by the S&P Rating on 31 May 2018 affirming its investment grade credit rating. Further efforts to diversify the economy and export structure, including by shifting global value chains participation towards increasing exports and employment, are recommended. AMRO welcomes the recent boost in infrastructure investment to enhance connectivity and crowd in private investment. Continued reforms to enhance competitiveness in the areas of labor skills and local supportive industries are encouraged.

The mission team would like to thank the Indonesian authorities for their warm hospitality and support. The consultation visit has provided AMRO with valuable insights and deeper understanding of the Indonesian macroeconomic and financial conditions, its policy mix framework, and ongoing structural reforms.