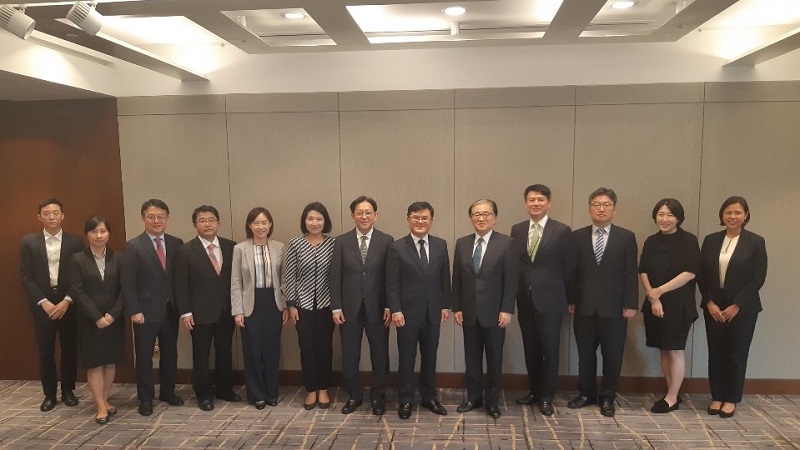 SINGAPORE, September 30, 2019 – Buffeted by strong external headwinds, the Korean economy is expected to moderate in 2019, thus expansionary fiscal and monetary policies should be employed to support the economy. This is according to the preliminary assessment by the ASEAN+3 Macroeconomic Research Office (AMRO) mission after its Annual Consultation Visit to Korea from September 16 – 25, 2019.

“The Korean economy is expected to grow by 2.1 percent in 2019 and 2.2 percent in 2020,” said Dr Ishikawa. “The economy is facing headwinds from ongoing global trade conflicts and a slowdown of China, the U.S. and other advanced economies. Thus, the authorities should use its policy space to support growth.” 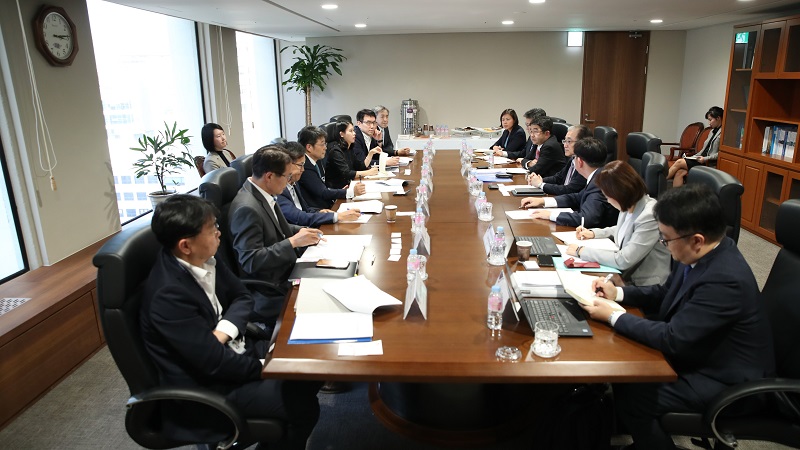 The economic growth in 2019 and 2020 would be underpinned by expansionary fiscal spending and a modest increase in private consumption, while goods exports are expected to remain weak due to a downturn in the global semiconductor industry, the moderation of major economies such as the U.S. and China, as well as spillovers from the U.S.–China trade conflicts. Consequently, investment is likely to remain weak. Reflecting lower oil and food prices as well as soft demand, headline inflation is expected to decline to 0.7 percent in 2019 before rising to 1.1 percent in 2020, below the Bank of Korea (BOK)’s inflation target.

The external position of the economy is very strong, supported by a sustained surplus in the current account, a positive net external asset position, and ample international reserves. That said, the current account surplus is expected to narrow to 3.4 percent of GDP in 2019 on the back of weaker merchandise exports. The bulk of the current account surplus continues to be invested overseas in the form of direct investment by Korean corporates and portfolio investment by pension funds, asset management and insurance companies, in search of higher returns and portfolio diversification towards long-term assets.

Weaker-than-expected growth in China and other advanced economies, an escalation of the U.S.-China trade conflict, as well as a delayed rebound of global chip demand, can pose downside risks to Korea’s highly-open economy. Meanwhile, increases in global economic uncertainty arising from geopolitical risks and ongoing trade frictions could heighten financial market volatility. On the domestic front, risks and vulnerability stemming from high household debt and rising house prices, are largely contained after a series of measures became effective. Over the medium to long term, the Korean economy faces a decline in potential growth arising from aging population and structural challenges in the corporate sector.

Given the ample fiscal space, we welcome the proposed expansionary fiscal stance for the next fiscal year to support growth and facilitate the restructuring of the economy. The temporary reduction of excise tax on car purchase, financial support for household’s daily expenses as well as the promotion of domestic tourism would help to support growth, while temporary tax incentives for facilities investment, and construction and refurbishment of social overhead capital, would help to improve the subdued investment climate. Meanwhile, the actual budget utilization rate, including by local governments and state-owned enterprises, should be improved.

Monetary policy should be eased further in view of moderating economic growth and muted inflation pressure. The output gap has turned negative, while the current moderation of growth is likely to continue. Meanwhile, inflation has declined sharply to well below the BOK’s target rate and inflationary pressure has weakened with declining inflation expectations. An easier monetary condition would help ease the financial burden of corporates and indebted households, and boost business and consumer sentiments.

Tighter regulations have largely contained the build-up of household debt and housing prices, although pockets of risk, stemming from a rapid rise in housing prices in prime zones and high level of indebtedness among the low-income households, remain and warrant close monitoring. The full implementation of ceiling on the debt-service to income ratio (DSR) is expected to strengthen households’ financial soundness and safeguard financial stability.

The mission supports the government’s commitment to achieve inclusive growth and promote innovation. The government should provide more supports on R&D and human capital development in order to enhance the productivity and competitiveness of SMEs in non-ICT industries. Meanwhile, ongoing efforts to promote entrepreneurship and innovation including adopting a regulatory sandbox approach, would help to promote the growth of innovative startups. Spillovers from the ongoing trade frictions have highlighted Korea’s high reliance on the markets and suppliers of a few countries. In this regard, the mission supports existing efforts to diversify export markets, and also to develop domestic production capacities by promoting R&D for local manufacturers.

The mission would like to express its appreciation to the Korean authorities and other counterparts for their assistance and warm hospitality. The consultation visit has deepened AMRO’s understanding of Korea’s current macroeconomic and financial situation as well as ongoing efforts to address the risks, vulnerabilities and challenges confronting the economy.