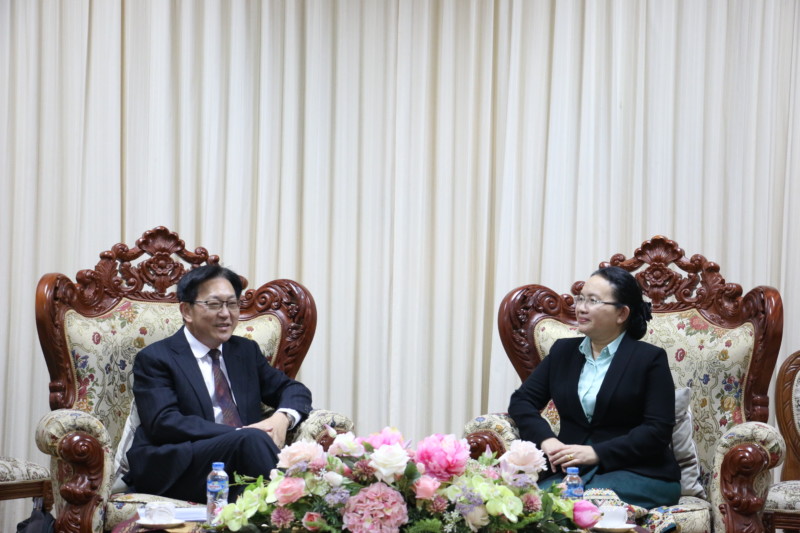 SINGAPORE, February 16, 2018 – Lao PDR’s economic growth remains solid with inflation dropping significantly in 2017, but efforts to diversify the economy should be enhanced , according to the preliminary assessment by the ASEAN+3 Macroeconomic Research Office (AMRO) after its Annual Consultation Visit to the country from January 29 to February 6, 2018.

The mission was led by Dr Seung Hyun Hong, AMRO Lead Specialist, and participated by AMRO Chief Economist Dr Hoe Ee Khor. Discussions focused on the prospects for growth, fiscal consolidation efforts, strengthening the banking sector, and economic diversification. During the visit, the mission also discussed technical assistance activities, such as the secondment and consultancy programs with the authorities.

“The economy grew by 6.8 percent in 2017, slightly lower than the rate of 7.0 percent in 2016, due to a moderation in expansion of the power sector. Growth is expected to remain stable at 6.8 percent in 2018 and then pick-up to 7.1 percent in 2019 as large hydropower projects are completed and come on-stream,” said Dr Hong. “Structural reforms are needed to diversify the economy and sustain growth. The authorities’ efforts on fiscal consolidation and strengthening the banking sector will enhance the resiliency of the economy.” 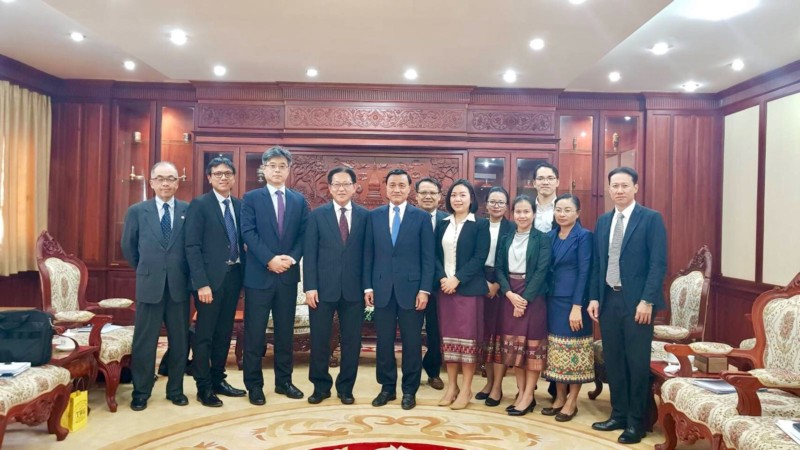 The external position improved in 2017, benefitting from strong exports and foreign direct investment  inflows. A broad-based increase in exports of electricity, manufacturing goods related to special economic zones, and agriculture products, offset the impact of a weaker tourism sector, resulting in a narrower current account deficit in 2017.

Diversifying the economy beyond hydropower and mining sectors into tourism and manufacturing will help the economy become more inclusive and resilient. More policy efforts are needed to address long-term goals of building strong institutions, improving labor quality, and enhancing infrastructure.

Near-term risks include a balance of external and domestic factors. On the external side, risks could stem from tighter global financial conditions, shocks to major trading partners, and fall in commodity prices, as well as climate change. Adverse external shocks could increase the debt service burden, in light of Lao PDR’s high and rising external debt. The Kip is also vulnerable to volatility in international financial markets. On the domestic side, the increasing debt burden could constrain effective fiscal management while the banking sector remains vulnerable to adverse shocks as banks are exposed to currency mismatch.

Although the authorities’ efforts to strengthen revenue and cut spending are commendable, the fiscal position continues to be challenging. The 2017 fiscal outcome and the 2018 budget deficit target of 5.4 percent of GDP are substantially larger than the authorities’ medium-term consolidation deficit target of an average 4 percent of GDP by 2020. A clear and feasible medium-term fiscal plan together with enhanced debt management system is crucial.

To strengthen the banking sector, ongoing efforts to settle the liabilities of legacy nonperforming loans should be expedited. Ensuring banks meet the minimum regulatory requirement is essential, particularly for some state-owned commercial banks.  Banking sector resilience is expected to improve with the move toward risk-based supervision, and transition to Basel II standards in the medium term. Bank stress testing exercises will help in assessing the health of the sector.

Exchange rate flexibility should be continued to allow the exchange rate to play a bigger role in balancing the demand and supply for foreign exchange in the forex markets. A further build-up of international reserves to serve as a buffer against external shocks is also recommended.

AMRO would like to express its appreciation to the Lao authorities and other counterparts for their excellent assistance and hospitality. The consultation visit has deepened AMRO’s understanding of the current macroeconomic and financial situation, macroeconomic policy as well as structural reforms in Lao PDR.

The ASEAN+3 Macroeconomic Research Office (AMRO) was established to contribute to securing the economic and financial stability of the ASEAN+3 region, which include 10 ASEAN countries and China (including Hong Kong), Japan, and Korea. AMRO fulfils its mandate by conducting macroeconomic surveillance, supporting the implementation of the regional financial arrangements, the Chiang Mai Initiative Multilateralisation (CMIM), and providing technical assistance to the members.