Learning from China’s Reform and Opening-up

Learning from China’s Reform and Opening-up

Another version of this article was published on the The Jakarta Post on November 12, 2018 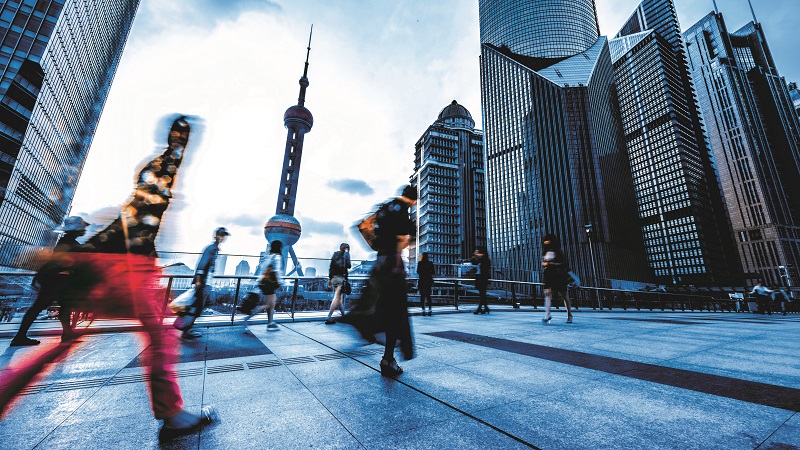 China’s dramatic socio-economic transformation over the past 40 years can largely be attributed to broad and sustained economic reforms. In its transition lie many lessons for other emerging Asian economies.

China’s results are there for all to see. It has transformed from a low-income to an upper-middle income country in a short span of 40 years, a period in which its economy grew at a remarkable average rate of 9.4 percent per annum and the share of Chinese living in poverty fell from 98 percent to just 3 percent.

China is poised to become a high-income economy in the coming years and it has the potential to be one of the world’s leaders in high-technology and innovation, as it has already shown in the areas of digitization, artificial intelligence, solar energy and electric vehicles.

How has China come this far?

First, a large chunk of labor has shifted from low-productivity activities in rural areas to higher-productivity industries in the urban areas. This was owing to three factors – the first was the gradual shift in the Chinese economy from a centrally-planned system toward a market-oriented economy; the second was the availability of a large pool of surplus labor in the agriculture sector owing to successful agricultural reforms; and the third was a long period of favorable demographics with a young population structure. China enjoyed a golden window of opportunity in terms of a large “demographic dividend” from the start of reforms in 1978 to around 2010. Its working-age population in this period expanded rapidly and the already-low dependency ratios fell steadily.

Third, China’s experience has shown that opening up to trade and investment is crucial for economic development. China’s WTO entry in 2001 was a milestone development that has since led to rising FDI and exports, and marked the beginning of China’s transformation into the “factory of the world” status and the center of the regional production network of manufacturing goods.

Fourth, the Chinese example clearly illustrates the importance of human capital in achieving economic transformation. When China began reforming its economy in 1978, it was way behind the technology frontier, but a focus on sciences and engineering led to an expanding army of workers who are skillful and very adept at copying, adopting, and innovating on technology that came in with FDI, enabling it to rapidly move up the technology ladder. And over the past decade, the “new economy”, based increasingly on innovation and advanced technology—a significant part of which is homegrown—has become a powerful engine of growth.

China’s experience shows that it is imperative for countries to find their own economic reform paths based on existing socio-economic conditions. Doing so will ensure that the reform policies are supported by the people, a key factor in determining the success of policies.

A vision for the long-term, backed by strong commitment and policy continuity, is crucial for strong and sustained economic development. As is to be expected with any complex process, the reform path in China has not always been smooth, but the government’s strong commitment to the reform agenda and its willingness and ability to address any problems that emerged along the way have enabled the Chinese economy to stay the course.

A recent example is the government’s policy shift in response to the unintended consequences of the massive investment stimulus program in 2009 in the aftermath of the global financial crisis. It had resulted in declining investment efficiency, a sharp rise in state owned enterprise (SOE) and local government debt, and growing financial leverage. In acknowledging that such growth is not sustainable and indeed problematic, China has shifted focus from the speed of economic growth to the quality of economic development, innovation, environmental preservation and the safeguarding of macroeconomic and financial stability. This has demonstrated to the pragmatism of the policy makers.

China’s example illustrates what other developing economies can achieve if they stay committed to reforms and also underscores the importance of flexibility and patience through the reform process.

Drawing from China’s experience, countries such as Indonesia and the Philippines should take advantage of their young population structure and place greater emphasis on education in science and technology to develop their human capital. Efforts to build new infrastructure to crowd in private investment, and policies to attract FDI to bring in technology and expand markets across the region should be strengthened. Additionally, greater cooperation with China to tap on its experience and technologies, including through the Belt and Road Initiative, will result in greater mutual benefit for all.