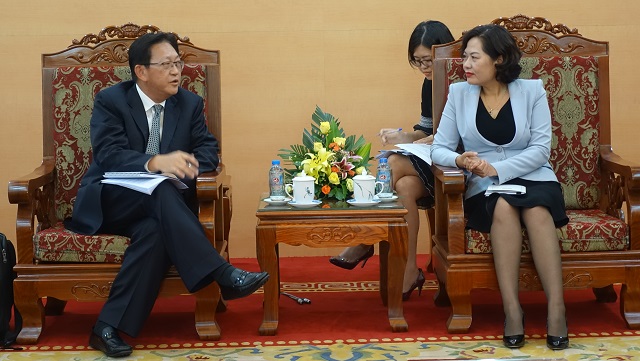 Singapore, October 6, 2017 – Vietnam’s economy has rebounded strongly and is expected to grow at 6.5 percent in 2017 with inflation being contained below the authorities’ target of 4 percent, according to the preliminary assessment by the ASEAN+3 Macroeconomic Research Office (AMRO) after its Annual Consultation Visit to the country from September 28 to October 4, 2017.

The mission was led by Dr. Seung Hyun Hong, AMRO Lead Specialist and participated by Dr. Hoe Ee Khor, AMRO Chief Economist and Mr. Yasuto Watanabe, Deputy Director (CMIM, Strategy, and Coordination). The discussions focused on recent developments and short-term prospects, risks and vulnerabilities, as well as structural reforms in the economy. During the visit, AMRO also discussed technical assistance activities, including the secondment and consultancy programs, with the Vietnamese authorities. 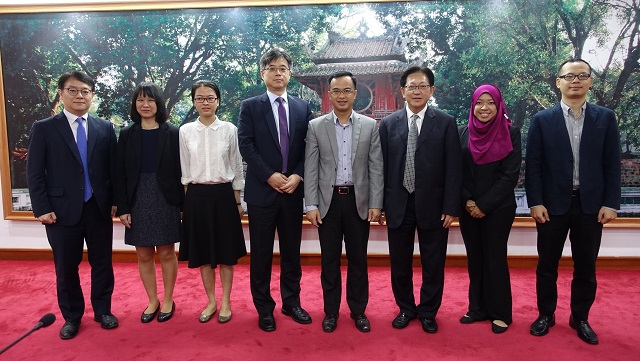 Economic activity has rebounded from a slow start in the first quarter, with GDP growth estimated at 6.4 percent in the first 9 months of 2017, up from 6.0 percent a year ago. While headline inflation has risen, mainly driven by increases in state administered prices, underlying inflationary pressures remain subdued. Short-term growth outlook remains positive, with economic growth projected to pick up to around 6.5 percent in 2017 and 2018.

Vietnam’s external position has continued to improve, benefiting from strong export performance and increased foreign investment. Greater flexibility in exchange rate management has also improved the economy’s resilience against adverse external shocks, while allowing the State Bank of Vietnam (SBV) to rebuild its reserves. Downside risks, however, stem from policy uncertainties in several advanced economies, which could lead to greater volatility in the financial markets and capital outflows.

Fiscal deficit moderated in 2016 and is expected to narrow significantly in 2017, in line with the government’s fiscal consolidation target. The mission team supports the consolidation plans laid out in the Five-Year National Fiscal Plan and Medium-Term Public Investment Plan for 2016-2020, and encourages the authorities to continue their efforts to enhance revenue while giving priority to rebalancing towards capital expenditure and improving public sector efficiency.

Credit growth has been buoyant and highly supportive of economic activity. In light of strong growth momentum in the recent quarters, policy focus on financial soundness should be strengthened. Faster credit growth could undermine the progress made in improving the still-fragile banking system by creating new non-performing loans (NPLs) and weakening banks’ capital buffers. The authorities’ recent initiatives to reform the banking sector, including a pilot NPL resolution scheme, are a welcome move. Further efforts to accelerate NPL resolution and bank recapitalization are strongly encouraged.

Continued structural reforms will help the economy address medium- to long-term challenges. In the state-owned enterprise sector, reform momentum has strengthened with a recent pick-up in the pace of divesting state assets. Going forward, enhanced financial transparency and strengthened implementation are needed to expedite the process. Challenges could arise from climate change and a rapidly aging population. Well-designed policy measures with concerted implementation efforts are hence essential.

The mission team would like to thank the Vietnam authorities for their continuous support to AMRO. The consultation visit has provided AMRO with valuable insight and deeper understanding of the Vietnamese macroeconomic and financial conditions.