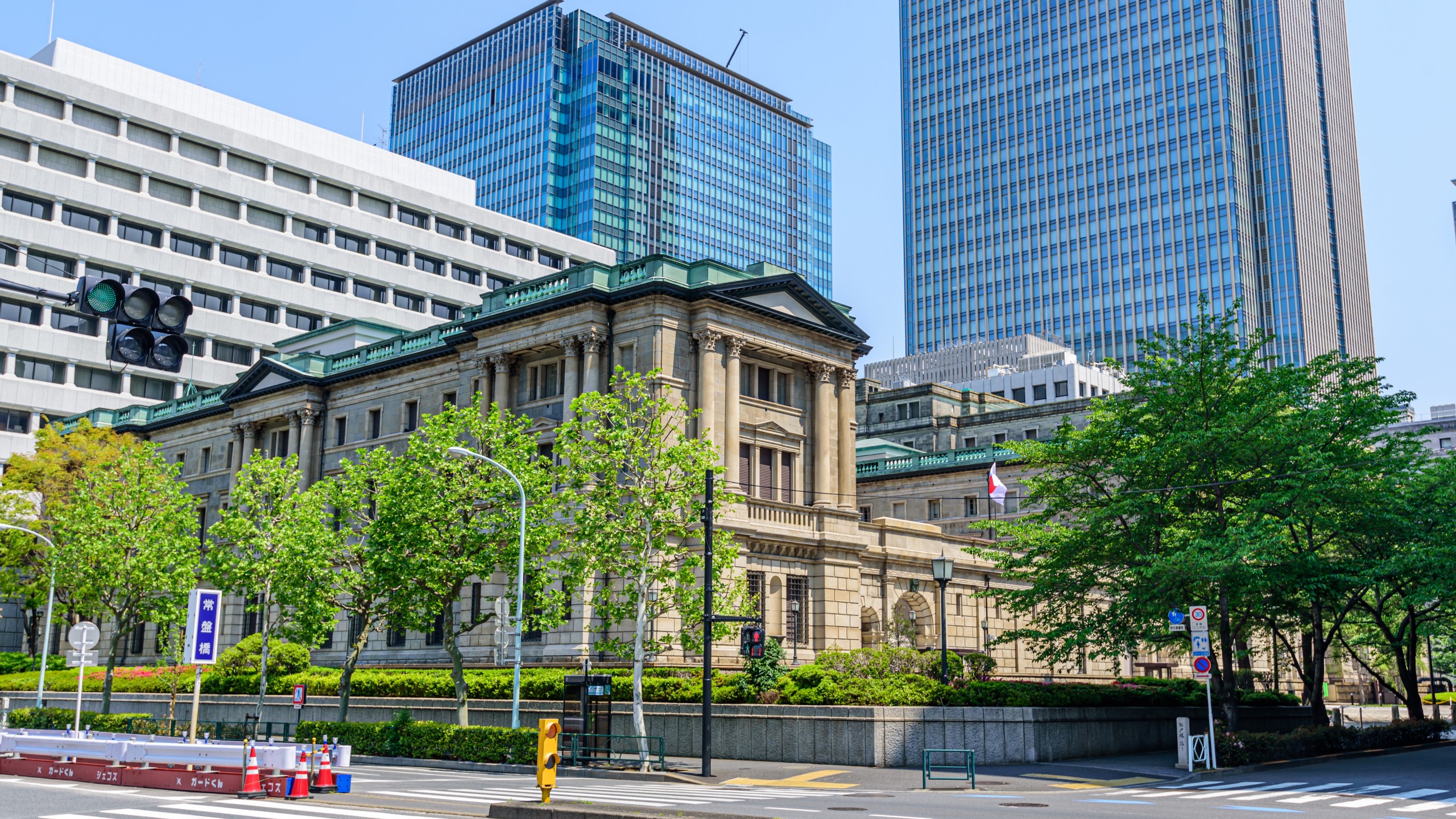 Over the last two years of the COVID-19 pandemic, central banks globally maintained similar policies to help lift growth and steady markets. These same central banks are now moving at different paces in adjusting their strategies to meet the particular challenges of their economies.

What should the Bank of Japan (BOJ) do?

In the near term, the BOJ should maintain its accommodative monetary policy stance to support economic recovery from the pandemic. The central bank’s strong commitment to continued monetary easing in a sustainable manner has been essential in supporting Japan’s weak economy. If the pandemic worsens, the BOJ should stand ready to ease further, under its current flexible framework clarified in March 2021.

The easy monetary policy is also needed to support BOJ’s commitment to maintaining its 2 percent price stability target, against the backdrop of the country’s weak inflation environment. While some market participants have questioned the feasibility of achieving a goal that has not been reached for almost a decade, the BOJ has argued that it is necessary to maintain this inflation target to contain deflationary pressures and continue to anchor inflation expectations.

However, the BOJ should also consider a credible exit path from its prolonged monetary easing strategy, given the potential impact of the bank’s massive balance sheets on financial stability and market functioning, when inflationary pressures begin to rise. Major central banks are already beginning to taper monetary policy support for their economies. While doing so, closer communication with the markets would be prudent to minimize unexpected disruptions in asset markets, even though the price stability target may only be achieved in the longer term.

To review the effectiveness of the policy framework, preserve the BOJ’s ammunition to respond to future adverse economic shocks and enhance the sustainability of its monetary policy before the return of inflation, the BOJ’s flexible framework was further clarified after the bank conducted a comprehensive policy assessment in March 2021.

In the policy assessment, the BOJ concluded that Quantitative and Qualitative Monetary Easing (QQE) with Yield Curve Control (YCC) had exerted positive and intended effects, but that low interest rates weighed on the profitability of the country’s commercial banks.

Based on the results of the policy assessment, the BOJ outlined three key actions: (1) the establishment of an Interest Scheme to Promote Lending; (2) clarification of the 10-year yield fluctuations at +/-25 basis points around the target level of 0 percent; and (3) new guidelines for Exchange Traded Fund (ETF) purchases.

AMRO’s newly published annual consultation report on Japan concludes that these policy actions will allow the BOJ greater scope to reduce asset purchases and shore up the sustainability of monetary easing.

On the promotion of lending, the policy rate has been in negative territory and can fall deeper if needed. The new interest rate scheme would help mitigate the negative impacts of a more negative policy rate on the profitability of financial institutions should the BOJ decide to cut the policy rate further. Such a policy initiative would be welcome because interest rate subsidies would be directly linked to bank lending to the economy. However, while the BOJ’s policy space to further lower the policy rate cut remains unchanged, the marginal effects of the transmission to bank lending would likely diminish and the side-effects on the build-up of debt and over-pricing of financial assets would likely strengthen as the policy rate further declines.

With the 10-year yield fluctuations, given that bond market liquidity has declined, clarifying the range in which 10-year bond yield can fluctuate would help facilitate market functioning while securing the effects of monetary easing. Market liquidity has deteriorated since the introduction of the QQE, although it has been gradually improving in recent years as shown in the bond market survey conducted by the BOJ. However, quantity-based liquidity measures based on actual market transactions, such as market depth and transaction volume, have shown little signs of recovery.

As for ETFs, the BOJ’s change in the way such purchases are made will provide room for the BOJ to flexibly adjust purchases so that exits can be made easier later. The BOJ is already the largest holder of Japanese stocks, in addition to its massive holdings of government bonds. It is therefore imperative for the BOJ to gradually retreat from risky asset purchases under normal market conditions and intervene only during a market downturn.

There are at least two key risks to the BOJ holding a large ETF portfolio. With the BOJ as the biggest shareholder of some companies, it could lead to potential concerns over corporate governance. Furthermore, the BOJ could face the risk of incurring huge losses on its equity holdings should stock prices fall sharply in the future. Such a situation would raise concerns over the solvency of the central bank, and the need for recapitalization from the government although in practice, the central bank can continue to operate with negative equity.