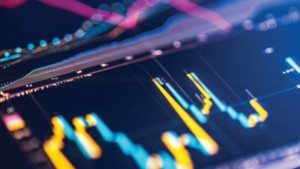 Costs and Benefits of Local Currency Contribution to CMIM

There are potential benefits of local currency contribution to the CMIM arrangement. It is efficient and costless if borrowers need local currencies to settle trade or finance matters when they are faced with balance of payments and/ or short-term liquidity difficulties because they will not need to exchange local currencies to U.S. dollar. At the same time, lenders can decrease the burden of drawing on foreign exchange reserves. Moreover, there are various externalities associated with greater local currency usage too, such as promoting trade and financial integration in the region and weakening over-dependence on the U.S. dollar.

Demand for Local Currencies in Foreign Exchange Reserves and the CMIM

The overall demand for foreign exchange reserves is inferred; and four measures suggested in past studies are considered to determine it. These include three months of imports, 100 percent of short-term debts, 20 percent of money supply (M2), and the IMF comprehensive rule which comprises a set of broad factors.

Net Demand for Local Currencies in the CMIM

With respect to the exchange market pressure index, instead of simply considering exchange rate movements, the measure also considers the degree of foreign exchange management. In that way, the measure tries to capture the size of the fundamental source of exchange rate instability that each member faces.

Internationalization of Local Currencies and Liberalization of Capital Account Transactions

When currencies are more internationalized and members have more liberalized capital account transactions, borrowers are likely to feel more comfortable receiving such local currencies, given that the management and exchange of such currencies are easier. Therefore, the internationalization of the currency and liberalization of capital account transactions are important in implementing local currency contribution to the CMIM arrangement.

Taking into account stability and internationalization of the currency, and liberalization of capital account transactions, it is suggested that the Japanese yen, the RMB, and Korean won could first be considered as eligible for local currency contribution to the CMIM arrangements.

* For detailed analysis, please refer to AMRO collaborative research on local currency contribution to the CMIM.

* This article is the fourth part of a blog series that explores the possibility of local currency contribution to the CMIM in the ASEAN+3 region. Read Part 1, Part 2 and Part 3 of the series.

Blog – Part 3: Policies to Promote Local Currency Use in Intra-regional Trade and Investment in East Asia